How to Make Your Penis Bigger in 45 Minutes? Penis Implants Are Now Available for Men Which Can Make a ‘Huge’ Difference

The implant – named Penuma – was invented by Dr James Elist, who got the FDA approval for Penuma back in 2004. 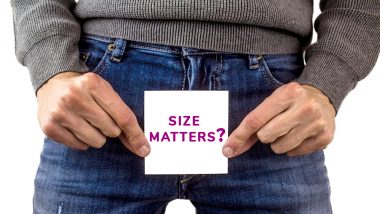 Men, can you imagine waking up with a bigger penis after 45 minutes? It may sound unreal but it’s a true story. Men who are dissatisfied with their penis size can now have bigger willies in just 45 minutes. A surgeon in United States has made it possible for any man with money and a small penis to become fully endowed. A Beverly Hills urologist has invented a silicone penis implant that can make a man’s junk larger in girth and width. The implant – named Penuma – was invented by Dr James Elist, who got the FDA approval for Penuma back in 2004.

Currently, Iranian-born US-based Dr Elist is the only surgeon in the world who can do the procedure. More than 1300 men have already visited him to increase the size of their weenie, as reported by GQ magazine and a clinical study commissioned by Elist demonstrates a success rate of over 95% among men who agreed to participate in the study. The penuma, a sheathe of silicone inserted directly into the penis, can enhance both length and girth and he treats patients from all over the world.

After an anaesthesia, the doctor will roll the foreskin, insert a silicone implant and stitch the skin with the original penis. Within an hour, you wake up with double the size of your boner. Hospitalisation lasts for a day or two and antibiotics for a fortnight. Although men must refrain from sex for at least six weeks. The implant only comes in a size L, XL, XXL. The doctor believes that size does matter, so it is only available in large sizes. In an interview with GQ magazine, Elist said, “Nobody wants a small. So, we don’t have a small, we don’t have a medium. We start from large.” The original name of penuma was ‘Hap-penis’ and we can clearly see why.

Many of Elist’s patients already had penises at the average of five inches or longer. However, they still underwent a surgery. For example, a 39-year-old accountant from LA, had a respectable eight incher before surgery. When asked him why he bothered to go under the knife when he was already well-endowed, he said, “I don’t know. I think I just wanted it bigger.” He seems to be happy, but his wife apparently isn’t too pleased (as it has made blow jobs trickier). In another, a 43-year-old plumber who was already six inches long underwent this surgery and here’s what his wife had to say, “He’s been a sexual maniac. He has erections all day long, every day now. We haven’t had this much sex since when we first got together.”

Penis enlargements are nothing new but before Elist’s invention, options for men were limited. Previous penis enlargement options have included injecting collagen or cadaver cells, while some practitioners cut a ligament in the groin, so the penis hangs lower, making it seem longer. Both of these practices have caused problems such as lumpy appearance or complications with erections.

(The above story first appeared on LatestLY on Jul 10, 2018 11:41 AM IST. For more news and updates on politics, world, sports, entertainment and lifestyle, log on to our website latestly.com).