Panic Attacks and Agoraphobia: How Mindfulness Can Help These Anxiety Disorders That Affect 20 Percent of Indians 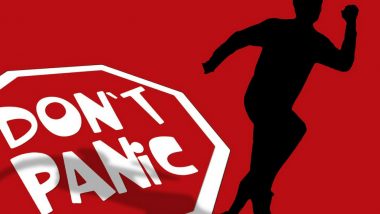 According to a Mental Health Survey conducted in 2015- 2016 by NIMHANS, the prevalence of anxiety disorders in India amounts to 3.1 percent of our total population. We consulted Dr.Vihan Sanyal, Mental Health Specialist from Mumbai, about his opinion on these figures. He feels that these figures are quite modest and if the survey were to be conducted today, the figures are likely to be much higher than the ones from 2015-2016 study. “Every week, I see more than 10 people with anxiety disorders. Many of them have recurrent panic attacks. It is one of the most common disorders for which people seek treatment from a mental health professional” says Dr.Sanyal.

Agoraphobia is a disorder where the person starts avoiding visiting people’s homes, traveling on local transport, attending meetings, taking the lift, etc. in fear of having a panic attack and being helpless at the time of the attack.

Panic attacks may at times lead to agoraphobia. People become fearful of being in situations where escaping from or getting help may become an issue. Such as crowded places, movies, traveling in a train/flight, etc. a panic attack occur.

Doctors are unsure about the definite cause of panic disorder or Agoraphobia. Researchers feel that there is a possibility of a genetic component to this disorder. The results remain inconclusive and hence, it’s difficult to state the real cause of these disorders.

Dr. Sanyal says” I tell my clients that Even though the symptoms they experience during a panic disorders can be frightening and seem difficult to control; the chest pain and shortness of breath (hyperventilation) caused by anxiety is not life threatening.

“There are marvelous healing modalities and therapies available in psychotherapy, like Mindfulness Neuro Linguistic Programming (MNLP), which can help reduce the frequency of panic attacks, stop them from occurring and control anxiety,” he says. MNLP is a powerful combination of techniques which have derived from schools of psychology and psychiatry.

Mindfulness reminds the person that the event has not taken place yet and encourages them to enjoy the present moment completely. “People experience a panic disorder is usually in a “what If” mode of thinking, what if my car was to break down in the middle of the road; what if I lose my job; what if my boyfriend does not marry me; what if my children don’t look after me when I get old.

These are classic thinking patterns of people with a panic disorder. We use MNLP to re-frame their internal language from “what if” thinking to “so what” thinking. Then quickly bring their focus on being in the present with Mindfulness techniques,” says Dr.Sanyal.

MNLP has techniques of correcting irrational thoughts and the negative feelings associated with these thoughts. “The base of any anxiety disorder is fear and the phobic cure technique available in MNLP helps to remove fixated fears. The phobic cure technique helps to remove fears associated with insects, fear of closed spaces, fear of flying, etc.," says Dr Sanyal.

According to Dr. Sanyal,” It is always advisable for a person to seek the help of their general physician and explain to them in detail about their symptoms. The physician is likely to conduct a physical examination and conduct necessary investigations to rule out any organic causes for the condition. If the person is free of organic causes, chances are that it is a psychosomatic concern for which a person must consult a qualified mental health professional (a clinical psychologist, a psychiatrist or a psychotherapist).”

“People are much aware these days, thanks to technology. However, it should not be a substitute to seeking professional guidance. There is a lot of contradictory information available on the net and it is likely to confuse the person more about their condition. Please be smart and seek professional guidance. Your mental health professional would be the right person to guide you to websites which offer authentic information for their readers,” he concludes.

(The above story first appeared on LatestLY on Jun 01, 2018 10:30 AM IST. For more news and updates on politics, world, sports, entertainment and lifestyle, log on to our website latestly.com).