People Addicted to Coffee Are More Sensitive to its Odour, Says New Study 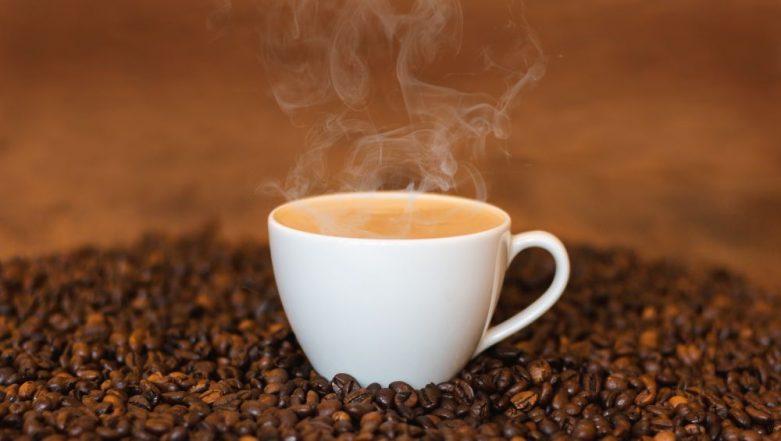 Washington DC, May 14: New research has claimed that the people who drink more coffee are more sensitive to its odour and can sniff out even tiny amounts of coffee quickly as compared to non-coffee drinkers. According to the research published in the 'Experimental and Clinical Psychopharmacology', habitual coffee drinkers are not just more sensitive to the odour of coffee and faster to identify it, but the more they crave for coffee, the better their ability to smell becomes.

It is for the first time that evidence has been found to prove coffee addicts are more sensitive to the smell of coffee. The results could open the door to potential new ways of using aversion therapy to treat people addicted to substances with a distinct smell, such as tobacco and cannabis. Coffee and Weight Loss: How Can the Beverage Help You Burn Fat and Healthy Ways to Make the Perfect Cuppa.

"We found the higher the caffeine use, the quicker a person recognised the odour of coffee," said Dr Lorenzo Stafford, who led the research. "We also found that higher caffeine users were able to detect the odour of a heavily diluted coffee chemical at much lower concentrations, and this ability increased with their level of craving. So, the more they desired caffeine, the better their sense of smell for coffee became," Stafford continued.

"We have known for some time that drug cues (for example, the smell of alcohol) can trigger craving in users, but here we show with a mildly addictive drug, that craving might be linked to an increased ability to detect that substance," Stafford added. "Caffeine is the most widely consumed psychoactive drug and these findings suggest that changes in the ability to detect smells could be a useful index of drug dependency," said Stafford.

The team wanted to examine if there were any differences in the ability of people to smell and respond to the odour of coffee, depending on whether or not they were big coffee drinkers. The research was based on two experiments.In the first experiment, 62 men and women were divided into those who never drank anything containing caffeine; those who consumed moderate amounts (70-250mg, equivalent to 1-3.5 cups of instant coffee a day); and those who consumed a high amount (300mg, equivalent to 4 or more cups of instant coffee a day).

Each person was blindfolded and to test their sensitivity to the smell of coffee, they were asked to differentiate very small amounts of the coffee odour from odour blanks, which have no smell. For the odour recognition test, they were asked to identify as quickly as possible the scent of real coffee and, separately, the essential oil of lavender.

Those who drank more coffee were able to identify coffee at weaker concentrations and were faster to identify the odour. Each person was also asked to complete a caffeine-craving questionnaire. Predictably, the results showed that the more caffeine a person usually consumed, the stronger their craving for caffeine was.

"More interestingly, higher craving, specifically that which measured the ability of caffeine to reverse withdrawal symptoms such as fatigue, was related to greater sensitivity in the odour detection test," Stafford said. In a second test, 32 people not involved in the first experiment were divided into two groups including those who drink and those who do not and they were tested using the same odour detection test for coffee odour, and with a separate test for control, using a non-food odour.

Again, the results showed the caffeine consumers were more sensitive to the coffee odour but crucially, did not differ in sensitivity to the non-food odour. The findings suggest sensitivity to smell and its links to craving could be used to help break some drug use behaviours, including addiction to tobacco or reliance on cannabis, Dr Stafford said. Previous research showed those who were trained to associate an odour with something unpleasant later showed greater discrimination to that odour, which provides evidence of a possible model for conditioned odour aversion.