How Geo Oku Is Disrupting the Hip-Hop Music Scene?

Because of the limitless possibilities that the hip-hop music scene has generated, groups and people like Geo Oku can find themselves at the forefront of their business simply by knowing how and when to strike. 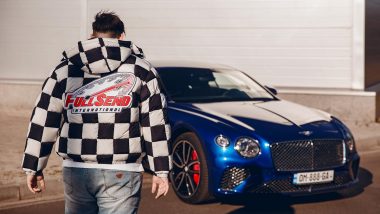 Because of the limitless possibilities that the hip-hop music scene has generated, groups and people like Geo Oku can find themselves at the forefront of their business simply by knowing how and when to strike. Geo Oku is a British hip-hop artist and the co-founder of G. Squad Productions, a well-known music company he founded with his buddies. He is a new talent in the Hip-Hop community, starting his dive into music in 2016. Geo Oku has made considerable progress in just a few short years, thanks to his recent discovery of his musical talents and a newfound determination to achieve greatness in the music industry.

Oku’s songs have gained much popularity for incorporating an electric style and dope beats. Oku apart from working on his new songs also runs G. Squad Productions, a record label that he established in 2016 along with his friends Henry (Sage), Max (17milly), Krishna (KUSH), and JJ (Cokeboy). Since its inception, Oku’s firm has been dedicated to helping young talent gain recognition and promoting underrated artists in the community especially those with a hip-hop background.

Oku recently published his new single "Own That," and he plans to release a few more singles throughout his brief career. He also claims to have a backlog of tracks ready to be released. Things have started to look up for Oku as he has gained traction in both his life and his music. He's found his rhythm in the music industry, writing songs, traveling, playing shows, and launching his own record label, G. Squad Productions, with the help of a management team. Oku has begun to make a name for himself, and his supporters should expect great things from him in the months and years ahead.

When asked about the newfound success, Geo Oku explained that he genuinely feels that you can only succeed if you are diligent and eager to study things thoroughly in order to attain the masterstroke. He did not have an easy road to success, but he has bigger ideas and ambitions that are backed up by his tremendous and resolute deeds. Oku has always been willing to take calculated chances in order to achieve success in the hip-hop scene.