When one thinks of “domestic violence” or hears the word “abuse,” it can invoke a variety of emotions depending on who you are and what your relationship with those experiences have been. Many would be surprised to learn that every 9 seconds in Iraq, a woman is either assaulted or beaten, and that 85% of all domestic cases happen to be women. 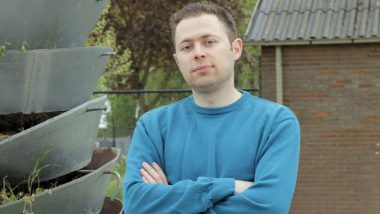 When one thinks of “domestic violence” or hears the word “abuse,” it can invoke a variety of emotions depending on who you are and what your relationship with those experiences have been.  Many would be surprised to learn that every 9 seconds in Iraq, a woman is either assaulted or beaten, and that 85% of all domestic cases happen to be women. What’s even more frightening is that 1 out of every 4 women worldwide will experience domestic violence within their lifetime.

These horrific trends are what infuriates Recording Artist Steven Al Baghdadi, and he is in hot pursuit to change these trends. As a firm believer that “every voice matters and that every person can make a difference,” Steven plans on making his own voice known, by bringing forth increased awareness of domestic violence through his artistry platform and by continuing to make impactful music like he did with his single Al Fasad. His official website is stevenalbaghdadi.com.

Steven’s popular single Al Fasad was produced by Amsterdam Music Studio, and is the catchy single that has recently taken on a life of its own, spreading like wildfire across the airwaves worldwide.  It is a song that is very artistic in nature, portraying the rapper as a friend to a woman who is involved in an abusive relationship, encouraging her to leave her toxic relationship, in exchange for a more fulfilling relationship that she deserves to have. Steven eloquently stated, “Women have incredible worth along with unspeakable value. They don’t have to continue to settle or stay in these vicious cycles of unhealthy and toxic relationships where they are being abused spiritually, sexually, emotionally, or physically.”

As the cases of domestic violence continue to skyrocket to staggering numbers within Iraq and throughout the rest of the world, faith-based influencers like Steven Al Baghdadi are seeking to challenge these disturbing trends, by having important conversations not only addressing how women are being treated within our society but also how they are being perceived in what is still a very dominant male driven culture. Steven commented by stating, “We as men need to be better, and do better at protecting our women, but we also need to go one step further, by ensuring that women are empowered within our society, having equal rights as us men. These women are not sexual objects, nor are they lesser than. They are somebody’s mother, sister, spouse, and best friend. I think it’s time that we should start treating them as such.”

It is no secret that in the hip-hop culture along with the genre of rap music, women have frequently fallen victim of being sexually exploited, objectified, and degraded. Steven, as an iconic Rapper, not only looks to change this perception music but also seeks to humanize and remind the culture of a woman’s true worth and value.

For those who may not be familiar with the artist known as Steven Al Baghdadi,

Steven is the notable musician that has been recognized by music industry insiders as an artist who has consistently proven to be ahead of his time, both stylistically and when it comes to his musical content. One can listen to his music on https://open.spotify.com/artist/7JnG4bgsZn9RRs6dMLrRwF.

As the world starts to reopen up from this global pandemic, Steven plans to soon embark on one of his burning humanitarian desires. The artist plans to personally get involved in the fight against human trafficking and partner with organizations that combat sex trafficking in some of the most prevelant hot spots throughout the world today. “Nobody deserves to be a human slave. Human trafficking is anti-human, and it is the biggest depravity and pandemic that I believe we face as a society and that we face in world. We must all do our part not only to fight it, but to eliminate it, it starts with us,” says Steven.