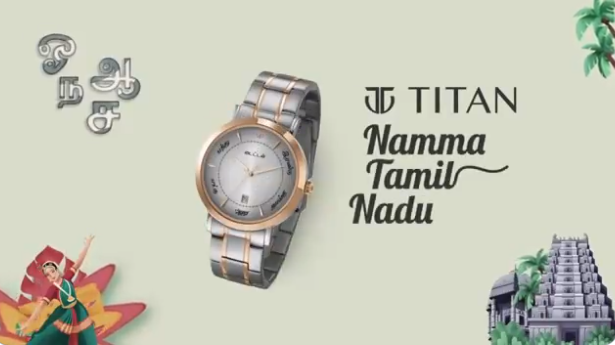 The recent video ad of Indian watch brand Titan is being criticised on social media. The ad for The Namma Tamil Nadu Collection which showcases the Tamil culture including temple architecture and Kanchipuram fabrics has received the ire of Twitter users. While some took to Twitter with the hashtag #boycotttitanwatches, others said that the incident has been blown out of proportion. However, most people said that they did not understand the hue and cry behind it.

As people questioned the reason behind the trend #boycotttitanwatches, a Twitter user wrote, "Why #BoycottTitanWatches is trending?  Recent Ad of

@titanwatches has depicted Brahminical books, culture, food, anti-Tamil writers&Godmen as Tamilnadu's culture. There is nothing Tamil in it. Brahmin Chauvinism has reached a new high in this Ad. Titan must apologize to Tamils."

Here is the Titan Watches Ad Which Is Being Criticised:

Recent Ad of @titanwatches has depicted Brahminical books, culture, food, anti Tamil writers&Godmen as Tamilnadu's culture. There is nothing Tamil in it. Brahmin Chauvinism has reached a new high in this Ad.Titan must apologize to Tamils pic.twitter.com/Kjtj1CNJ8n

While Some Were Left Scratching Their Heads:

Who else like me trying to figure out what wrong in ad by checking the whole rt section lol.

In the name of showcasing ancient architectural marvels, they silently include anti-Tamil symbols such as books by kachi sankarachari, Brahmanical Supremacists, anti-Tamil news...

Those in Support of the Ad:

Such a beautiful ad, I wonder why people are trending to boycott Titan watch!

Theivathin kural is most mysognist text written based on Gita , Manu. How that can be a symbol of TN which is place of humanity as you mentioned in the ad #BoycottTitanWatches https://t.co/RRw5mgDvyM

While some hit out at the Indian watch brand, others supported them. Those in favour of the ad said that it displayed the rich traditions and cultures of Tamil Nadu. People pointed out that it put on display the beautiful customs and practices while showing its architecture and beauty.