Chris and Dana White were on a three-day Carribean cruise named Carnival Fantasy last October when they spotted a device recording them. 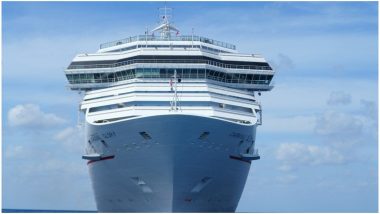 A Florida couple had the worst shock of their lives when they found a hidden camera in their bedroom in Carnival Cruise ship. Chris and Dana White were on a three-day Carribean cruise named Carnival Fantasy last October when they spotted a device recording them. It was hidden among the TV wires hence not easily visible.

After complaining about the device, a Carnival employee dismantled the video transmitter while Chris recorded it. The couple has now decided to speak about the incident publicly because they believe Carnival did not handle the situation well. Chris insisted, "It was a camera. It was wired up. It was working. It was warm to the touch." Dana said, "I just immediately felt like we had been invaded; our privacy had been invaded."

Carnival told Inside Edition in a statement that a full investigation as conducted and that a "video transmitter" was found. However, it "was not connected to an electrical source and not capable of recording." The statement further said, "The safety and security of our guests and crew are of paramount importance and we have taken measures so that this sort of situation does not happen again." The device was handed over to the FBI for further inspection. The cruise line also notified the incident to U.S. Customs and Border Protection, following the standard procedures.

(The above story first appeared on LatestLY on Oct 29, 2018 09:40 AM IST. For more news and updates on politics, world, sports, entertainment and lifestyle, log on to our website latestly.com).