Fact Check: Is Rajinikanth’s Health Affected Due To Fever? Here’s The Truth!

There have been rumours doing rounds citing that Rajinikanth’s health has been affected due to fever. Ever since this rumour has been doing rounds, fans have been waiting for his team to share a statement on the same and clear the air. 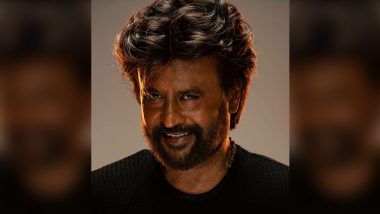 Rajinikanth aka Thalaiva is the superstar of South Cinema and fans not only keep a tab about his ongoing and upcoming projects, but many keep a check on his health status too. Rajinikanth has a huge fan base not only in the country, but across the globe. And fans panic when reports around his health hit the internet. There have been rumours doing rounds citing that Rajinikanth’s health has been affected due to fever. Rajinikanth Clarifies the Viral Letter Hinting his Exit from Politics Isn't His But the Information About his Health is True.

Ever since this rumour has been doing rounds, fans have been worried about Thalaiva’s health and were waiting for the superstar or his team to share a statement on the same and clear the air. Rajinikanth’s team has issued a clarification on the actor’s health and put an end to all the rumours. Actor’s PRO Riyaz has stated the rumours doing around Rajinikanth’s health are untrue. He said that there is no truth to the rumours that Thalaiva is being treated for fever. Annaatthe: Makers Of Rajinikanth Starrer To Not Resume Shoot From October 10?

Rajinikanth has been taking ample precaution owing to the pandemic. On the work front, he will next be seen in Annaatthe, the shooting of which is yet to begin. The makers reportedly decided to postpone the shoot owing to the rising number of coronavirus cases in the country.

(The above story first appeared on LatestLY on Nov 22, 2020 01:21 PM IST. For more news and updates on politics, world, sports, entertainment and lifestyle, log on to our website latestly.com).