Annaatthe: Makers Of Rajinikanth Starrer To Not Resume Shoot From October 10?

According to a leading media report, the makers of Annaatthe have decided to postpone the shooting owing to the rising number of coronavirus cases. 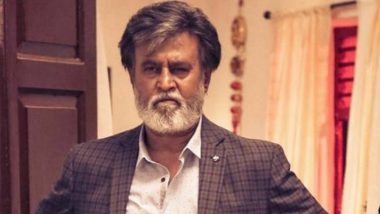 According to a report in TOI, the makers have decided to postpone the shooting owing to the rising number of coronavirus cases. Lead actor Rajinikanth who had planned to resume the shooting, has decided to push it a little further considering the current situation. The report states that considering the safety amid this pandemic he has informed the film’s producer about delaying the shoot for a while. Annaatthe: Superstar Rajinikanth’s Film Is All Set for Pongal 2021 Release.

The report also suggests that film’s director Siva is also not keen in resuming the shoot of Annaatthe due to the rising number of cases across places. The makers are working upon the new dates in order to resume the shoot, keeping in mind the safety of the entire cast and crew.

(The above story first appeared on LatestLY on Oct 08, 2020 02:37 PM IST. For more news and updates on politics, world, sports, entertainment and lifestyle, log on to our website latestly.com).