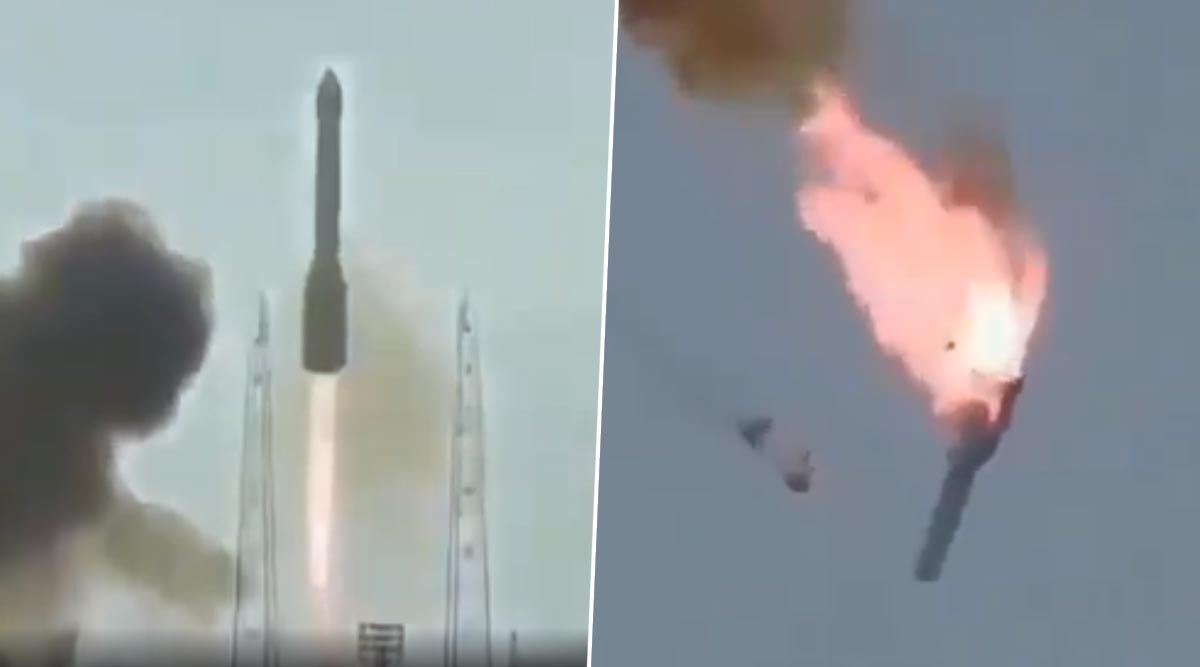 New Delhi, January 28: A viral video of a rocket engulfing in flames mid-air has gone viral on social media platforms. Several users on Twitter and Facebook claim that the video of the missile bursting into flames is an unsuccessful launch of Pakistan’s Ghaznavi missile. In the video that went viral on social media, the missile was seen blasting in fumes moments after being launched. People sharing the video clip claim that the rocket that caught fire mid-air is a failed attempt of Pakistan’s surface to surface short range ballistic missile Ghaznavi. It must be noted that the claim is false.

Netizens have been sharing the same video with the exact caption which says that this is the 13th test launch of Pakistan’s Ghaznavi missile which failed. The caption says that Pakistan failed in its attempt and the missile that claims reaching the range of 300 kms, burnt and fell down at 36 kms.

However, a report by Hindustan Times claim that the video revealed multiple links and most of them are shared back in 2013. Also, one of the same video was shared the BBC which stated that the failed rocket test took place in Russia in 2013. Th report claimed that it’s an unmanned Russian Proton-M rocket which crashed and burned after being launched at the Russian Baikonur facility in Kazakhstan.

The above facts claim that the video of the failed test of Pakistan’s missile Ghaznavi, showing the rocket bursting into flames in air, is false.