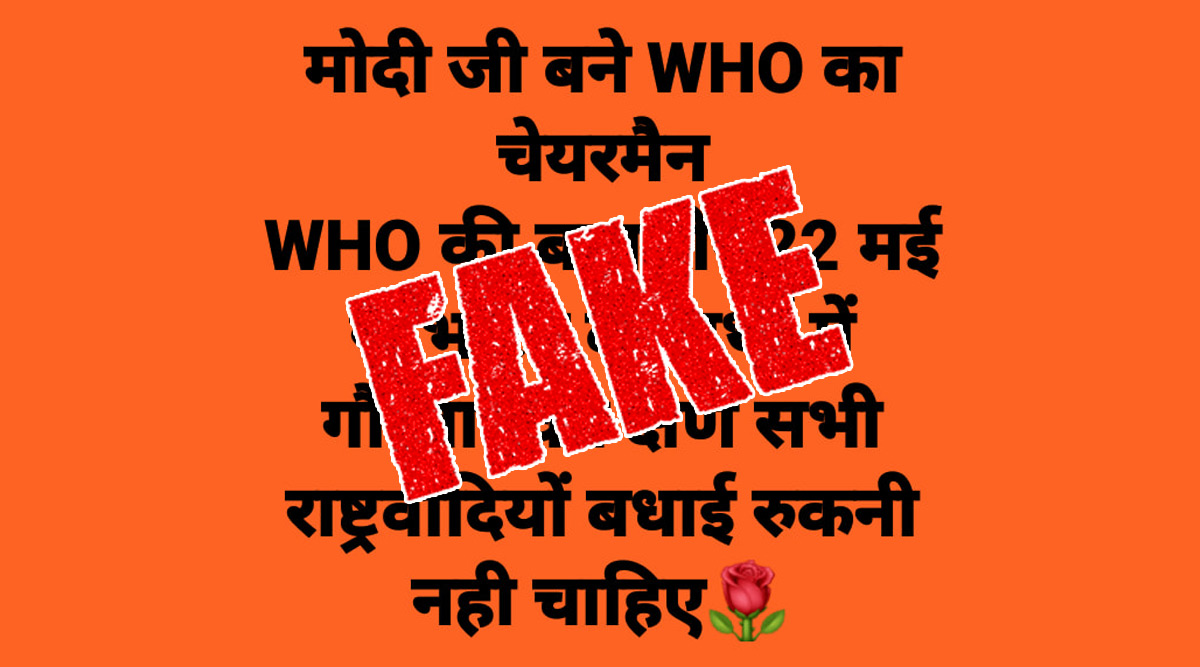 Fake news is one of the most rampant menace in the era of social media, with miscreants maliciously designing misinformation and spreading it across various mediums. The rumour mongers on Monday shared an incorrect and factually baseless news related to Prime Minister Narendra Modi. It was claimed that Modi has been appointed as next chairman of World Health Organisation (WHO). Shramik Special Train from Mumbai to West Bengal 'Overcrowded'? Fake News, Video Going Viral is From Bangladesh, Reveals Fact Check.

Fake Claim: The messages doing the rounds claim that Modi has been bestowed with the honour to head the WHO - the body in-charge of coordinating global response to health emergencies. The Organisation has recently come under massive flak over its handling of the COVID-19 outbreak.

The messages claim that Modi, after taking over the reins of WHO on "May 22", would bring China under the radar. The Xi Jinping regime has come under intense criticism for its alleged secrecy in handling of coronavirus outbreak. US President Donald Trump, Australian Prime Minister Scott Morrison and other world leaders have questioned whether the virus causing COVID-19 was created in a lab in Wuhan.

Fact-Check: The claim of Modi being appointed as next WHO chief is "absolutely false". No election or appointing process was underway for the next head of the Organisation. The WHO is not even rejigging its top brass in midst of the COVID-19 pandemic. And, a sitting Prime Minister or President cannot be a claimant to chairmanship of the global body.

LatestLY recommends the readers to exercise caution on social media and verify the factual accuracy of content or posts shared as news on WhatsApp, Facebook and Twitter.

Narendra Modi appointed as WHO chairman

Fake news. No such appointment has been made.