A tweet by a Kanpur woman went viral, asking for support for her business—‘Indu ka Dhaba,’ as she claims to have lost her job. Internet backed her, and the tweet instantly surfaced online. As some users supported her, others questioned the authenticity of the post by the makeup artist. So, is ‘Indu ka Dhaba’ a new social media eye wash? 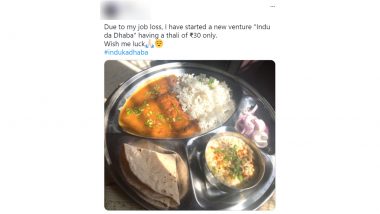 The impact of the COVID-19 pandemic is visible, and unfortunately, it continues to hit the global economy. Many people lost their jobs, had their salaries cut, emptied their savings, and much more in the middle of the ongoing health crisis. However, people reinvented themselves, and some came up with a variety of small businesses to survive. Resilience is a powerful human ability, and social media users are all in praise for those who stood up or even trying to. Like many posts, a tweet by a Kanpur woman went viral, asking for support for her business—‘Indu ka Dhaba,’ as she claims to have lost her job. Internet backed her, and the tweet instantly surfaced online, garnering thousands of likes and retweets. Many national media outlets, too, covered her viral post—a resident of Kanpur, from Uttar Pradesh who started her business after losing her job. But there’s a twist or humour, perhaps—we are yet to settle. As some users supported her, others questioned the authenticity of the post by the makeup artist. So, is ‘Indu ka Dhaba’ a new social media eye wash?

“Due to my job loss, I have started a new venture "Indu ka Dhaba" having a thali of ₹30 only. Wish me luck,” reads the caption of the tweet with an image of a full basic meal platter. The tweet instantly went viral. People showered their support, and some even went on asking for details to place an order. Baba Ka Dhaba Donations Fraud Controversy: Know What's The Entire Issue About 80-YO Couple's Food Stall in Delhi.

Due to my job loss, I have started a new venture "Indu da Dhaba" having a thali of ₹30 only.

Social Media Is All in Support!

All the bests...give location ID..i will send recommedation for you

They Even Asked for Contact Details to Place Order

Can you drop your contact details to place the order.

Expressing her gratitude to all the people who supported her decision and promoted her business, Indu shared another tweet, thanking everyone and wrote that soon she would be delivering food across Kanpur.

She Thanks Her Supporters

Thank you all for overwhelming response and your wishes 😊

Soon I will be delivering home made affordable and quality food in kanpur.

I am looking for delivery options right now.

But How to Verify?

Some users were quick to point out few notable things that hint that she may have been lying. A day ahead of the viral tweet, Indu jokingly said that she wanted to increase her reach on social media. Ironically enough, with the ‘Indu ka Dhaba’ tweet, she did garner a lot of attention on the internet. Others pointed out that the user had once claimed that her Dhaba was in Nepal, and on a separate occasion, she said that it was in Kanpur.

Two Side of the Story?

I feel bad for all the people who genuinely wished her luck for the start up which is just there for the sake of attention. It's so easy to play with emotions online. https://t.co/QzWnAnb9DI pic.twitter.com/rCm8VZnmNj

Dhaba Is in Nepal or Kanpur?

Till Afternoon u were telling Ppl.. Ur Dhaba is in Nepal.... Ab Kanpur.shift ho gya .. You Even changed your Live Location from Nepal to Kanpur..

Her Instagram bio reads that she is a freelance makeup artist. On her personal Insta account, in the story highlights ‘Food,’ we could see the same image of the very thali she used for ‘Indu ka Dhaba’ tweet, with a laughing emoji.

Here's A Screenshot of Her Insta Story Highlight 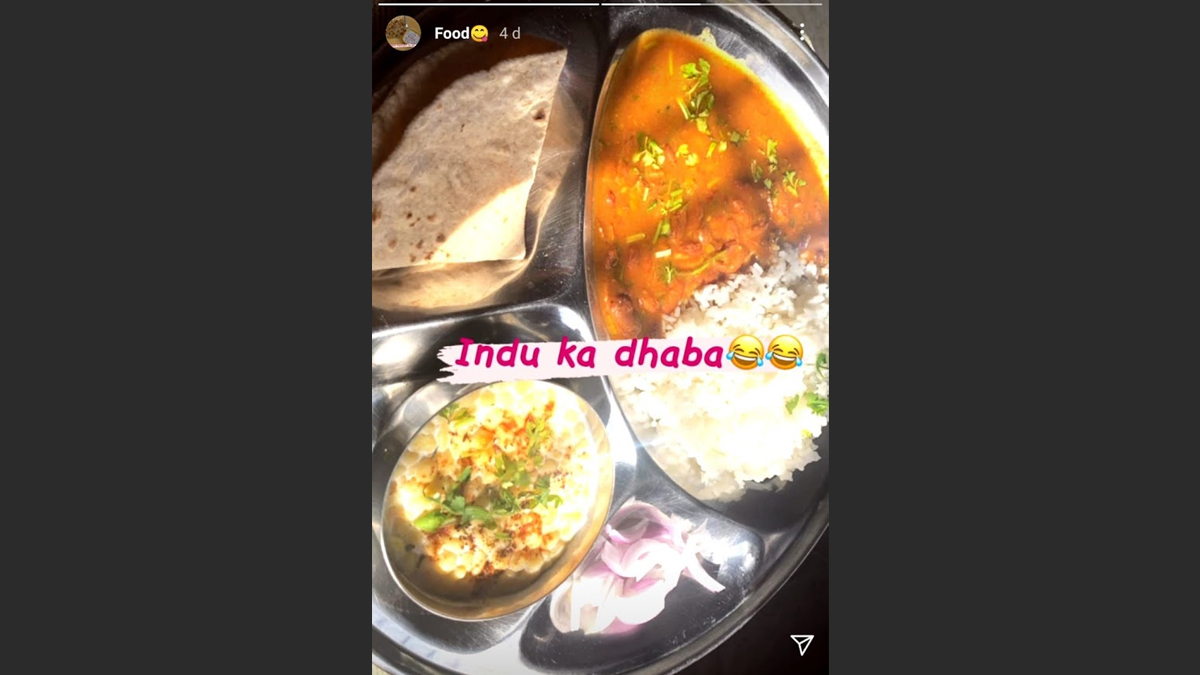 With these many points, there is a possibility that the Twitter user may have been lying. She probably did not realise that the tweet would blow up to this extent. There lacks of strong evidence to authenticate her claim. But no harm appears to have been done as of now, as no financial transaction seems to have been involved.

(The above story first appeared on LatestLY on Apr 18, 2021 03:18 PM IST. For more news and updates on politics, world, sports, entertainment and lifestyle, log on to our website latestly.com).