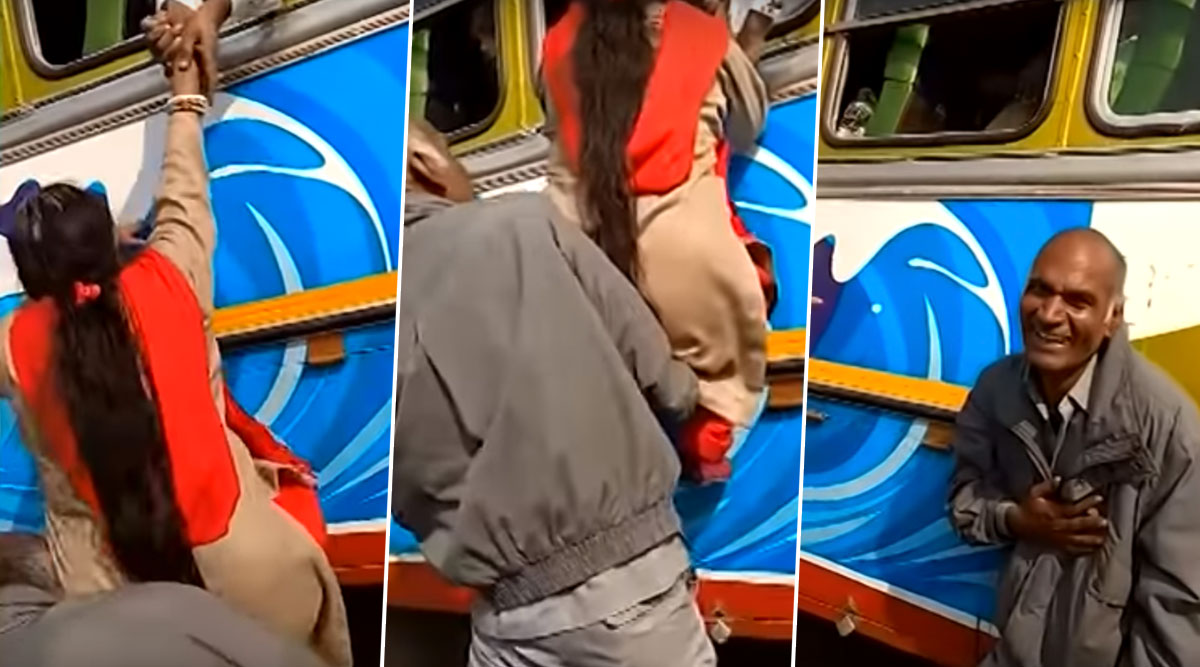 You know India is a country where population overpowers everything! Especially, when it comes to public transport, we have seen people sitting on the roof of trains and even overcrowding buses so much that they flip over. However, the most recent funny sight from a mode of public transport comes from West Bengal where a man shoves his wife into a crowded bus by pushing her in head-first inside via the window of the bus and then slowly the rest of her body. The man works really hard to finally managed to get his wife into the bus. In the video, you can also see his victorious smile on his face after he successfully shoves her inside. The video has now gone viral online and people cannot stop laughing. Many people are even praising the man's determination to get his wife into a crowded bus. The incident is said to have taken place at a pilgrimage Gangasagar. It is said that millions of devotees appear and bathe in this sacred place of Gangasagar and offer prayers at Kapil Muni's ashram. Easiest Trick to Learn 9 Times Table! Watch Viral Video of the Trick You Wish You Knew Sooner.

While the crowd was unbelievable, this one viral video is an example of what such big crowds can make people do. Despite high-security facilities at Gangasagar, one cannot avoid the bus and train rush. People not just from Bengal, but even far off places come in groups to visit the holy place. Reports have it that there aren't many options, in terms of mode of transports for people to return from the place. One has to either look for buses or trains. But in both cases, the crowd remains beyond imagination. It is very common for people to get hurt and even push each other. But this person surely figured out a unique but dangerous way.

While this may sound all fun and games, one must not try this stunt on their own. Not only can it be dangerous, but one can also come under the eye of the security personnel who can charge you for this act. The video is not recent, but is still creating a big buzz around all social media platforms.