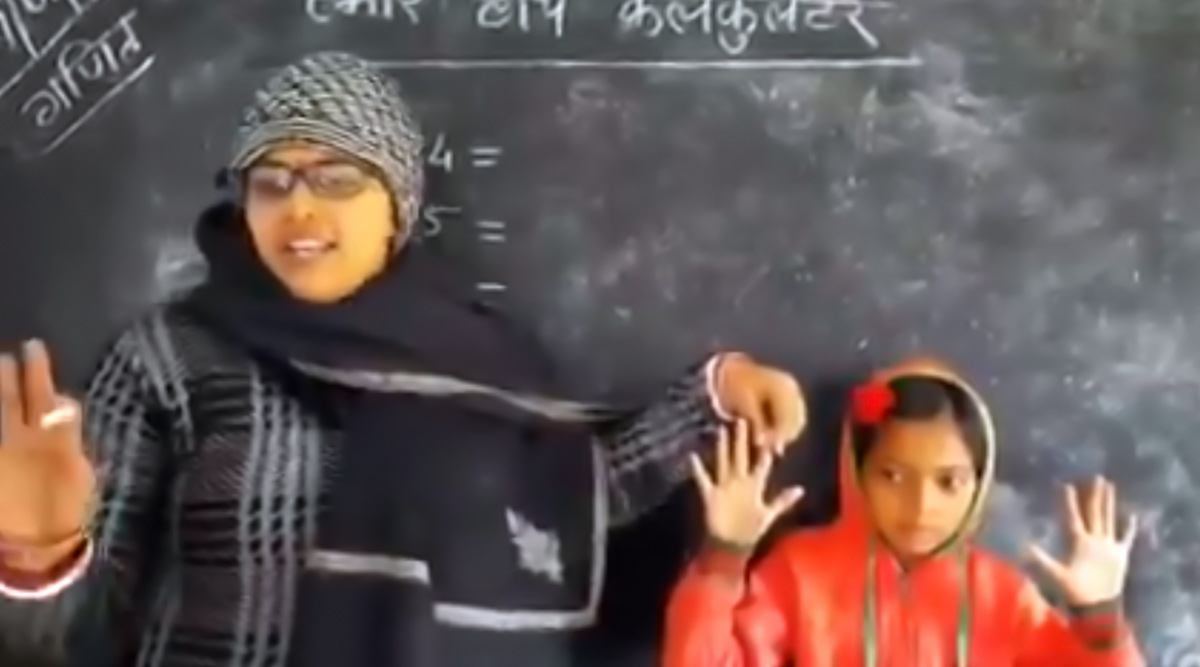 Maths as a subject in school has always been extremely difficult for most of us, especially multiplication tables. People who were bad as memorising tables remember the horror when someone who ask you to recite the table of 9 (probably the most difficult single-digit number). However, did you know there is an easier way of learning the multiplication table, you wish you knew as kids? Well, a viral video that is circulating from a Hindi medium school, presumably from rural India, reveals the easiest trick to memorise the multiplication table for 9.  Anand Mahindra who keeps sharing informative, useful posts, shared this viral video that managed to surprise the business tycoon as well. Virender Sehwag Shares a Viral Video of a Naughty Kid Which Will Make You Nostalgic About Your Childhood.

So according to this trick the answer any number multiplied by 9 can be easily deduced simply by using the 10 fingers on your hands. For example, if you want to derive the answer of 9 x 4 = ?, all you have to do is count 4 on your fingers from the little finger. This will land you to the index finger which stands at the fourth position. Now you need to count in reverse leaving alone the index finger, this will give you the number 3. After this count the number after the index finger in reverse, this will give you 6. You will get 36 in total which is the answer.

The video took Anand Mahindra by surprise who shared the video with a caption that read: "Whaaaat? I didn’t know about this clever shortcut. Wish she had been MY math teacher. I probably would have been a lot better at the subject!" Watch this video below to better understand the trick:

Whaaaat? I didn’t know about this clever shortcut. Wish she had been MY math teacher. I probably would have been a lot better at the subject! #whatsappwonderbox pic.twitter.com/MtS2QjhNy3

Anand Mahindra is known to share such interesting videos. Just a few months ago he had shared a video which shows the good side of this technology. In the video, a person is seen talking on a video call using sign language. Mahindra shared this video on his social media account highlighting how they have opened up a whole new world of communication for many of us.