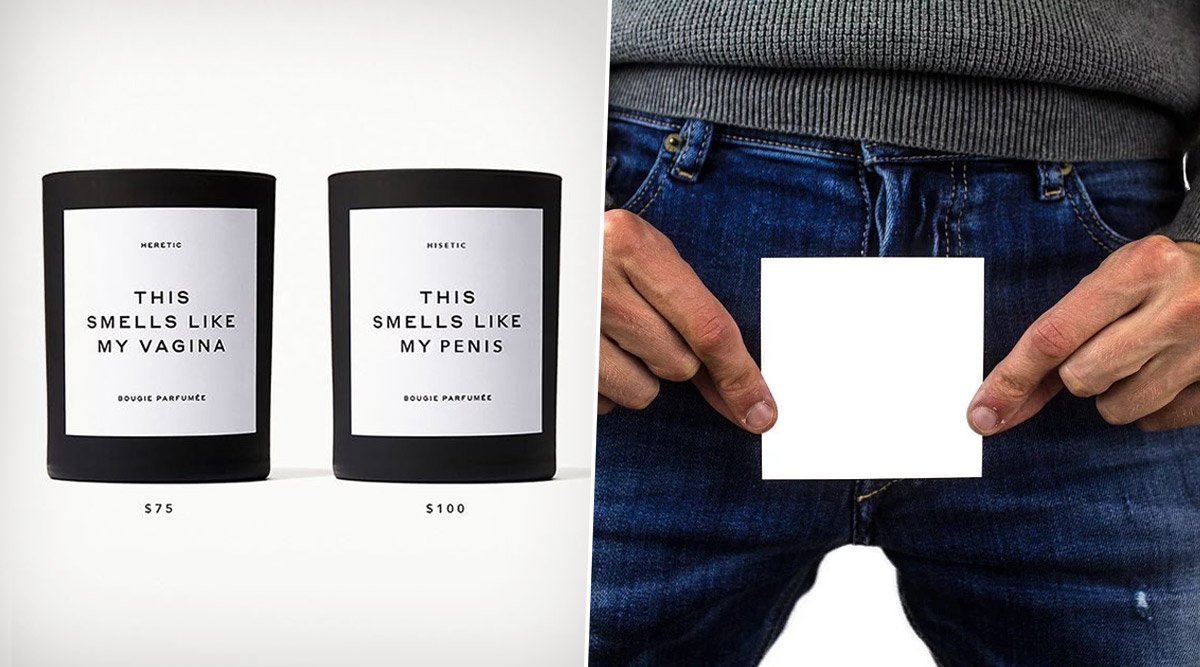 You know about Gwyneth Paltrow's scented candle that smells like her vagina, right? Now there are candles that are called "This Smells Like My Penis" candles, released in response to Goop store's "This Smells Like My Vagina" candle. Created by a Canadian company, Taxi, the candles are sold at a price of $100 to make a point about the gender pay gap. To compete with Goop's $75 "This Smells Like My Vagina" candle, this new scent is said to cost more to highlight who women are paid less. The Canadian Women's Foundation says, "white women in Canada are paid 75 cents for every dollar a man makes, and women of colour are paid even less."

Gwyneth Paltrow's vagina candles created a huge buzz on social media. While her vagina smelling candles were all sold out, Dwayne Johnson snooped into the Vagina Candle conversation started by comedian Adam Ray and had the best response. Dwayne 'The Rock' Johnson said he wanted to sell candles made of the scent of his testicles.

The vagina candle has even received a burning reply from Martha Stewart. She was on Andy Cohen’s talk show "Watch What Happens Live" when one of the callers asked the lifestyle mogul how she felt about Paltrow's new candle named "This Smells Like My Vagina." She responded with: "She does that kind of irritating [thing where] … she’s trying to zhuzh up the public to listen to her."

Well, we don't know yet about the ingredients and scent notes involved in the making of the candle but one can preorder on the company's website. A strong message of equality reads on the product reads: "The gender pay gap smells as strong as ever. Burn this candle for the scent of women getting paid 75 cents on the dollar."