Situated along the Indo-Bhutan border, about 90 km from Guwahati, a lot of people throng the market, especially to buy rat meat. 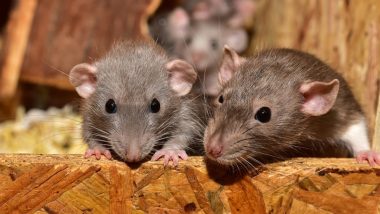 While rat is something most people want to drive out of their houses, in Assam the rodent is a food. In Kumarikata, a village at a weekly rural market in Baksa district of the state, rat meat is relished as a spicy dish. And the Sunday delicacy is being sold for Rs 200 per kg. Prepared with gravy, it is quite popular among some ethnic communities and is sold at the price of that of a broiler chicken this holiday season.

Rats that are freshly caught, roasted and skinned ones are sold at the market. Situated along the Indo-Bhutan border, about 90 km from Guwahati, a lot of people throng the market, especially to buy rat meat. The rat which is sold in the market is hunt by local farmers in the night during harvesting season. Spicy Dog Meat Soup: North Koreans Eat Dog Meat to Beat the Heat in Summer.

They make bamboo traps to catch the rats which also ensure that their paddy farms are free from rodents. The hunting is done in the night as rats generally come out of their holes in search of the food in the dark. The bamboo sticks are placed at the entrance of the rat holes making it easy for the farmers. Stop Eating Dog Meat! Vietnam’s Capital City Hanoi Tells Its Residents.

Mostly, people of the Adivasi community sell rat meat as an alternative means of income. Most of them work in the tea gardens where the plucking of leaves is not encouraged during the winter season. As they try hard to make their ends meet, rats became a money generation business. Some rats weigh upto one kg and they manage to hunt upto 10kg to 20kg rats one night.

(The above story first appeared on LatestLY on Dec 27, 2018 01:50 PM IST. For more news and updates on politics, world, sports, entertainment and lifestyle, log on to our website latestly.com).