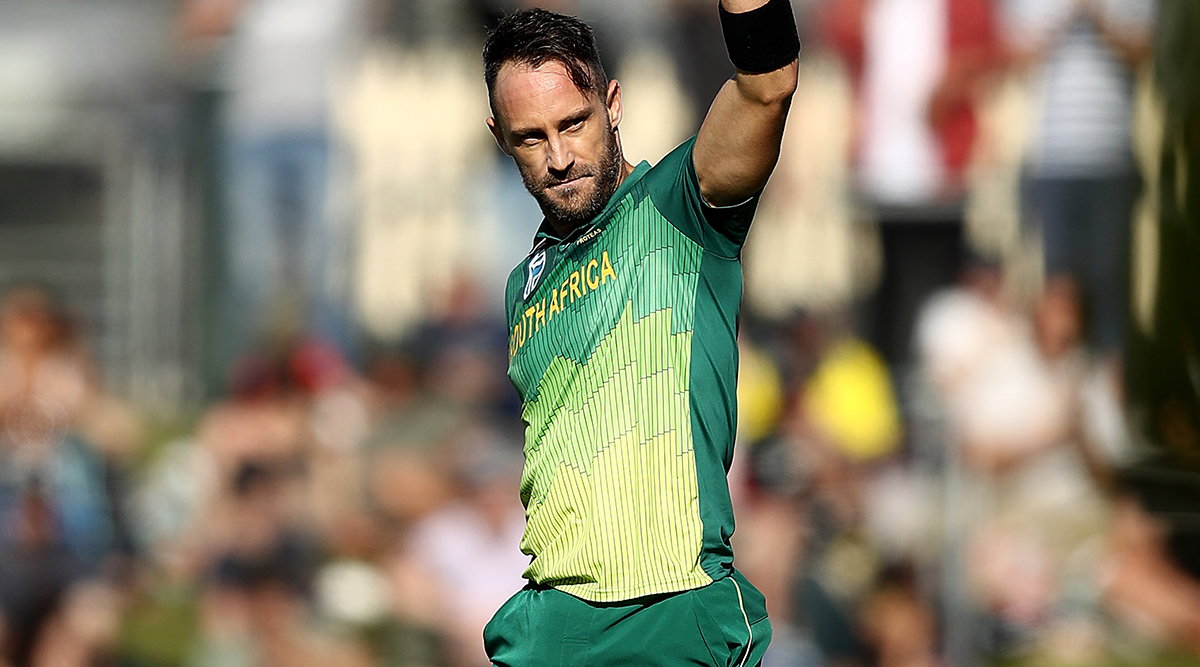 One of South Africa’s most prolific leaders, Faf du Plessis has stepped down from captaincy and cricket fans from all around the world are thanking him for his contribution towards the game. The right-handed batsman led a depleted Proteas side for the most time of his career but still gave his best to guide his side to victories. He, however, will continue to serve as a player and will aim to guide his side to many more victories. Wicket-keeper batsman Quinton de Kock will take over the reins of the team in all the formats and will want to carry Du Plessis’ legacy forward. Faf du Plessis Steps Down as South Africa Captain from Tests and T20Is With Immediate Effect.

In 2013, the star batsman was first asked to lead the side. He immediately impressed one and all with his leadership skills and was named Proteas’ permanent skipper in T20Is. Later, he also became the captain of the ODI and Test team and did well there too. Overall, Du Plessis led South Africa in 36 Tests, 39 ODIs and 37 T20Is- guiding his side to triumph in 18, 28 and 23 matches respectively. One should also not forget that he lead the team when South Africa were going through a transition period. Meanwhile, let’s look at how Twitterati reacted towards Du Plessis’ captaincy resignation.

Or the other way if u look it might b dat he wants a fresh start on his dear mate's B'day. This will b a job with no baggage, he is gonna come trumps . Best of luck to Faf Du Plessis , he has given us wonderful cricketing moments. https://t.co/XoaDKfZfRx

Congratulations Faf Du Plessis on a fabulous journey. The Protea fire will be lit up with you as a Player. See you soon in yellove this summer!💛 #FafDuPlessis #WhistlePodu #CSK pic.twitter.com/t3QzKIElBU

In my opinion one of the best captains going around

Faf du Plessis was given a third class SA team to lead. His captaincy stats don't do the justice with the quality of player & leader he is. Quinton should prepare himself for the same fate. #fafduplessis

Since the 2019 World Cup, the number-five ranked ODI batsman hasn’t played a limited-over international match. However, he has been named in South Africa’s T20I squad against Australia and will aim to make a mark there.  Also, the ICC T20 World Cup 2020 is scheduled to be played later this year only and Du Plessis will have the onus of Proteas' middle order in the gala tournament.