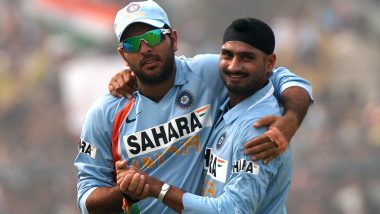 Harbhajan Singh and Yuvraj Singh are two of the best friends in the cricket world and their camaraderie is not hidden on anyone. Time and time again, the two legendary Indian cricketers have been entertaining their fans by engaging in fun banter social media. Well, something similar happened again when Yuvraj took to Instagram and shared his merged picture of his childhood and present self. The 2011 World Cup-winning all-rounder claimed that he hasn’t changed much over the years apart from growing some beard. Yuvraj Singh Pokes Fun at Harbhajan Singh As CSK Spinner Poses With Skateboard.

“Well nothing much seems to have changed except the beard! Same innocence on the face and decent looks too. What do you feel,” wrote the former Kings XI Punjab captain while sharing the split image on the picture-sharing website. As Yuvraj also invited the opinion of the fans, the comment section of the post was flooded in no time. Have a look. After Yuvraj Singh, Harbhajan Singh Shares Gender-Swap Pictures of Former Indian Cricketers.

Well nothing much seems to have changed except the beard! Same innocence on the face and decent looks too. What do you feel? #ThrowbackThursday #YouWeCan

However, when Harbhajan came across the post, he got the opportunity of pulling Yuvraj’s leg as he posted a cheeky comment. “R u sure paji just the beard,” wrote the Chennai Super Kings off-spinner in the comment section. 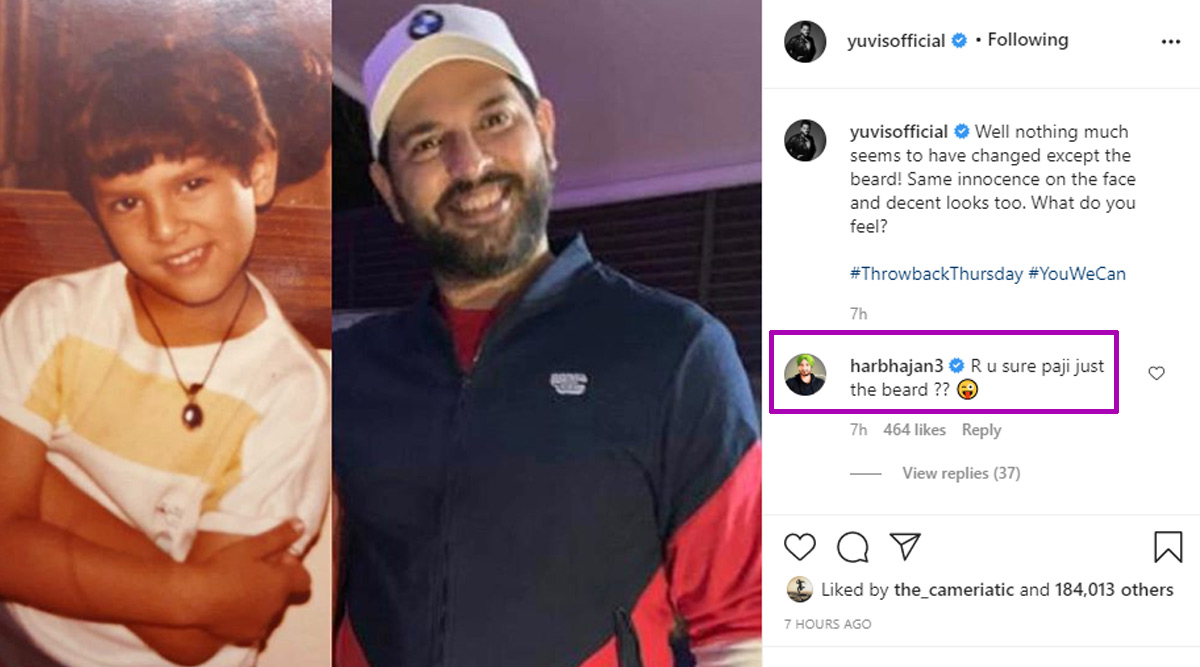 Notably, Harbhajan also made a similar post recently where he shared a merged image of his childhood and current self. “Take time to be thankful for everything that you have.. you can always have more, but you could also have less,” the talismanic off-spinner captioned the picture.

Take time to be thankful for everything that you have.. you can always have more,but you could also have less

Meanwhile, cricket fans are counting days as the 2020 edition of the Indian Premier League (IPL) is set to get underway on September 19 in UAE. Yuvraj, who announced his retirement in June 2019, will not feature in the forthcoming tournament while Harbhajan will aim to guide CSK to their fourth IPL title.

(The above story first appeared on LatestLY on Aug 06, 2020 03:23 PM IST. For more news and updates on politics, world, sports, entertainment and lifestyle, log on to our website latestly.com).