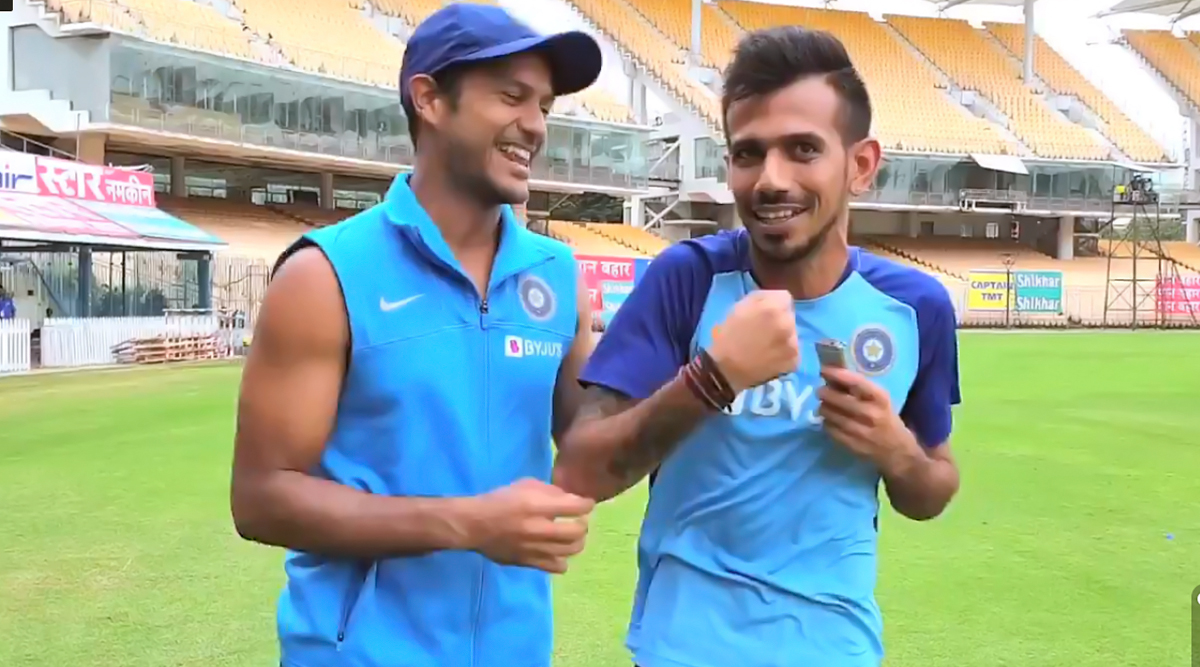 Mayank Agarwal made a special appearance on Chahal TV ahead of ongoing India vs West Indies 1st ODI 2019. While Shivam Dube made his ODI debut in IND vs WI 1st ODI in Chennai on Sunday (December 15), Mayank Agarwal made his debut on Chahal TV a day before on Saturday. During the interview, Yuzvendra Chahal asked Agarwal about his mindset while playing red-ball and white-ball cricket. The Indian test opener Agarwal also revealed about his game plan and how he balances his performances in different formats of cricket. India Vs West Indies, Live Cricket Score 1st ODI Match.

BCCI shared the video of Yuzvendra Chahal and Mayank Agarwal on their official Twitter platform. “WATCH: @mayankcricket makes his debut on Chahal TV. You wouldn't want to miss this one - by @yuzi_chahal & @RajalArora”, BCCI wrote along with the video. Have a look latest episode of Chahal TV below. India vs West Indies 1st ODI 2019, Toss Report & Playing XI: Shivam Dube Handed Debut As Windies Opt to Bowl.

You wouldn't want to miss this one - by @yuzi_chahal & @RajalArora

"Chahal TV is back in Chennai after winning the T20I series against West Indies and we have our opener Mayank Agarwal with us, Chahal said while welcoming Mayank on Chahal TV for the first time. "You played brilliantly in Test matches with the pink ball, then you again played in Syed Mushtaq Ali Trophy and now you are part of India vs West Indies ODI series. How do you manage your mindset while playing with the red ball and while ball as everything happened almost with a month? Chahal asked the right-handed batsman.

To this, the 28-year-old Karnataka batsman replied that he rely on his basics so it’s easy to play in all the formats. "I always try to become an asset for the team. I always seek to win matches", Mayank said. He also said that he loved making his debut on Chahal TV.

Meanwhile, India vs West Indies 1st ODI 2019 is being played at MA Chidambaram Stadium in Chennai. West Indies won the toss and elected to bowl. At the end of 26 overs, India were reeling at 109-3 with Shreyas Iyer (16*) and Rishabh Pant (40*) on the crease.