India U19 vs Zimbabwe U19 Live Streaming Online of ICC Under-19 Cricket World Cup 2020 Warm-up Match: How to Watch Free Live Telecast of IND U-19 vs ZIM U-19 CWC Practice Match on TV 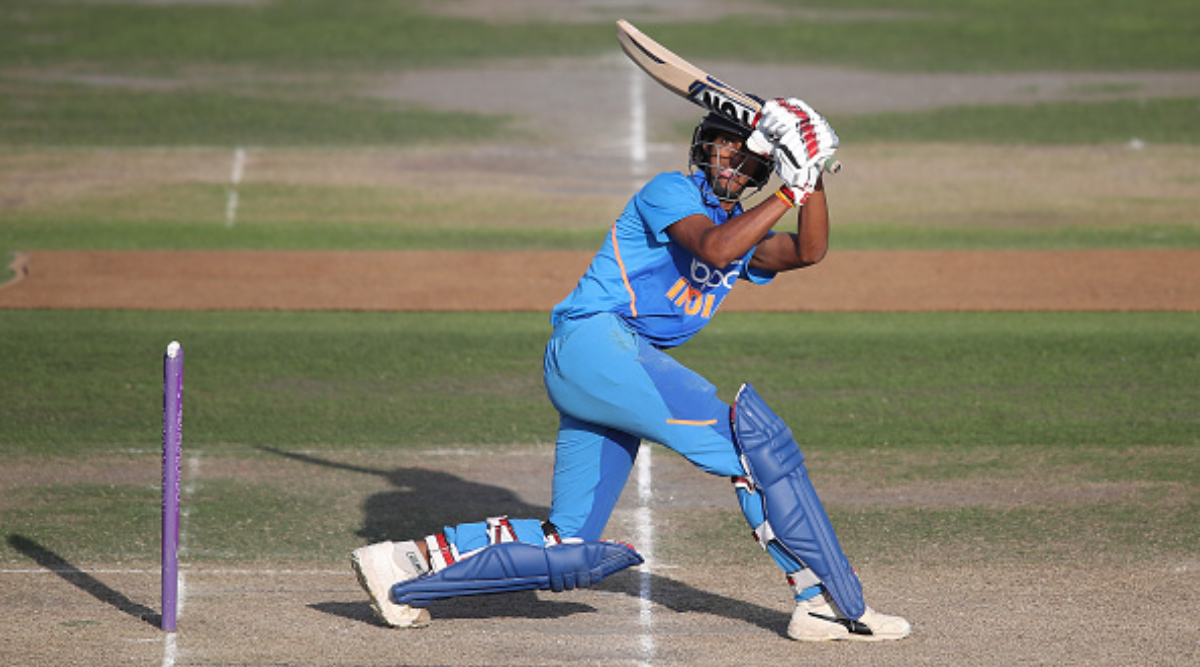 In the second warm-up match of ICC U19 Cricket World Cup 2020, India U19 take on Zimbabwe U19. India won their first practice match against Afghanistan U19 quite comprehensively, and now the Boys in Blue will be looking to dish out a similar sort of performance against Zimbabwe. Meanwhile, if you are searching for India U19 vs Zimbabwe U19 ICC U19 CWC 2020 practice match live streaming online, and TV channel telecast in India then scroll down for all the details. ICC U19 Cricket World Cup 2020 Schedule in IST, Free PDF Download: Full Time Table, Fixtures of Under-19 CWC 2020 In South Africa With Match Timings and Venue Details.

India U19, while batting first, managed to score 255 for eight in their 50 overs. Captain Yashasvi Jaiswal scored unbeaten 69 off 97 balls. Tilak Verma also chipped in with 55 off 84 balls. In response, Afghanistan U19 were bundled out for just 44 runs in 17.45 overs. Mohammad Ishaq was the only batsman to score in double digits. For India, Kartik Tyagi scalped three wickets. Utkarsh Singh, Sushant Mehta and Shubhan Krishnan Sridhar picked two wickets each.

India U19 vs Zimbabwe U19 ICC Under-19 Cricket World Cup 2020 match will take place on Tuesday, January 14. The IND U19 vs ZIM U19 match will be held at the St. Stithians College in Johannesburg. It will be a day-night game with a start time of 01:30 PM IST. Schedule of Team India at 2020 ICC Under-19 Cricket World Cup: List of Indian Team’s Matches, Time Table, Fixtures Date and Venue Details From South Africa.

Star Sports holds the broadcast rights of Under-19 Cricket World Cup 2020 in India. However, the network won’t provide live telecast of India U19 vs Zimbabwe U19 match in India or elsewhere. So, fans cannot watch the IND U19 vs ZIM U19 match on TV.

India U19 vs Zimbabwe U19 Live Streaming Online

Unfortunately, with no live telecast available, the online streaming of IND U19 vs ZIM U19 seems unlikely as well. However, fans can check ICC’s YouTube channel for possible live streaming of practice matches between India U19 and Zimbabwe U19.

Zimbabwe U19’s first warm-up game against England U19 was washed-out due to rain. Batting first, Zimbabwe U19 were bowled out for just 116 runs in 31.5 overs. In response, England faced just one over before heavens opened up. India recently met Zimbabwe in the Quadrangular U19 series and defeated them by 89 runs.