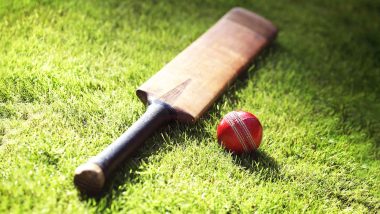 The Indian cricket team’s U-19 team will battle it out in South Africa for the CWC 2020. The Indian cricket team is placed in the Group A alongside Japan, New Zealand and Sri Lanka. Group B will have teams like Australia, England, West Indies and Nigeria. Pakistan, Bangladesh, Zimbabwe and Scotland are the teams placed in Group C. Afghanistan, South Africa, UAE, and Canada feature in Group D. The cities like Benoni and Kimberley will play a host to the 13th edition of the tournament. For now, let’s have a look at the fixtures of the Indian team, date, match timings and venue details of the Indian cricket team. ICC Under-19 Cricket World Cup 2020 Schedule in IST, Free PDF Download: Full Timetable of U19 CWC 2020 Fixtures With Match Timings and Venue Details In South Africa.

The Men in Blue will play their first match at the Manguang Oval in Bloemfontein against Sri Lanka on January 19, 2020. Japan will lock horns with India at the same venue on January 21, 2020. The third match of the group stage will be held against New Zealand at the Bloemfontein on January 24, 2020. Check out the table of the detail with India’s matches below:

Team India’s matches in Group A

ICC Head of Events Chris Tetley: “The U19 Cricket World Cup is a very important event in our calendar as it brings together the world’s most promising young players in a major ICC tournament, giving them the experience of competing on the global stage.”

Team India has won the title four times, whereas Australia have won three times. The Men in Green Pakistan have won it twice while England, South Africa and the West Indies have won once each. The finals of the tournament will be held on February 9, 2020 at the JB Mark Oval Stadium.

(The above story first appeared on LatestLY on Oct 24, 2019 03:14 PM IST. For more news and updates on politics, world, sports, entertainment and lifestyle, log on to our website latestly.com).