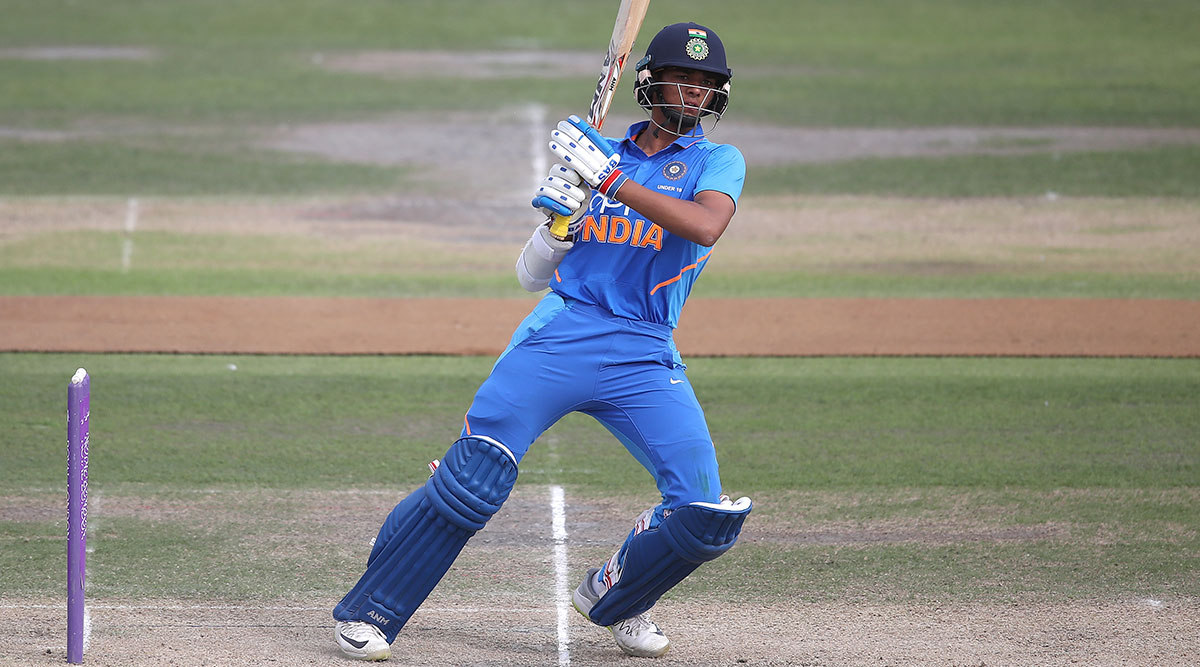 India’s upcoming batting talent Yashasvi Jaiswal slammed 185 off 243 balls for Mumbai against Pondicherry in the quarterfinal match of the ongoing Under 23 CK Nayudu Trophy 2019-20. This was Jaiswal’s first known outing with the bat following the ICC Under 19 Cricket World Cup 2020 in South Africa. The left-handed batsman smashed 19 fours and a six during his stay at the Wankhede Stadium in Mumbai. Jaiswal added 98 runs for the first wicket with Aman Hakim Khan, who scored 64. Yashasvi Jaiswal: From Selling Pani Puri to Becoming Youngest Cricketer to Score a List-A Double Century, Here Are 5 Interesting Facts of Mumbai Teenage Player.

Jaiswal then shared a 207-run stand for the third wicket with captain Hardik Jitendra Tamore and in the process completed his century as well. The Mumbai U23 skipper scored 86 off 184 balls.

Jaiswal, who was named as the Player of the Tournament in ICC U19 CWC, helped Mumbai post over 500 in response to Pondicherry’s first innings total of 209. Apart from Jaiswal, Aman and Hardik, Sarfaraz Khan smashed 90 off 121 balls while batting at number six. Yashasvi Jaiswal, Panipuri Seller’s Son Bags 2.4 Crores in IPL 2020 Player Auction, Teenage Sensation to Play for Rajasthan Royals.

Earlier, Minad Manjrekar scalped a five-wicket haul as Pondicherry were bowled out in 63.5 overs on day one. Manjrekar returned with figures of 5/41. Tanush Kotian also schlepped in with three wickets.

Jaiswal, who finished as ICC U19 CWC 2020’s highest-scorer, scored 400 runs from six matches. He scored unbeaten 105 against rivals Pakistan in the semi-final and helped India qualify for the final.