The 1946 batch was the first Indian Test squad to travel by air. They lost one Test in a three-match series under a new captain, The Nawab of Pataudi Sr as Vijay Hazare and Vinoo Mankad played their first Tests. 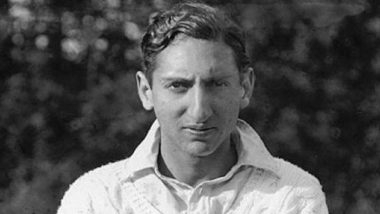 Cricket had already resumed after the Second World War with a one-off Test match between Australia and New Zealand. India's 1946 tour of England was the first full tour – and the first time an Indian team flew to another country to play Test cricket. India vs England series part 3: Merchant-Mushtaq dazzle amidst controversies, 1936

India were led by Iftikhar Ali Khan Pataudi, who had earlier played three Tests for England in 1932/33. Two members of the Indian side, Abdul Hafeez Kardar and Gul Mohammad, would later play for Pakistan. Several future greats – Vinoo Mankad and Vijay Hazare for India, and Alec Bedser and Godfrey Evans for England – debuted during the series. India vs England Series Part 2: India Host a Test Series, 1933/34

England won the first Test, at Lord's, by 10 wickets. In the second, at Old Trafford, they got nine Indian wickets in the fourth innings before Chandu Sarwate and Ranga Sohoni batted for 13 minutes to save the match. The third, at The Oval, was a rain-affected draw.

(The above story first appeared on LatestLY on Jan 27, 2021 03:57 PM IST. For more news and updates on politics, world, sports, entertainment and lifestyle, log on to our website latestly.com).