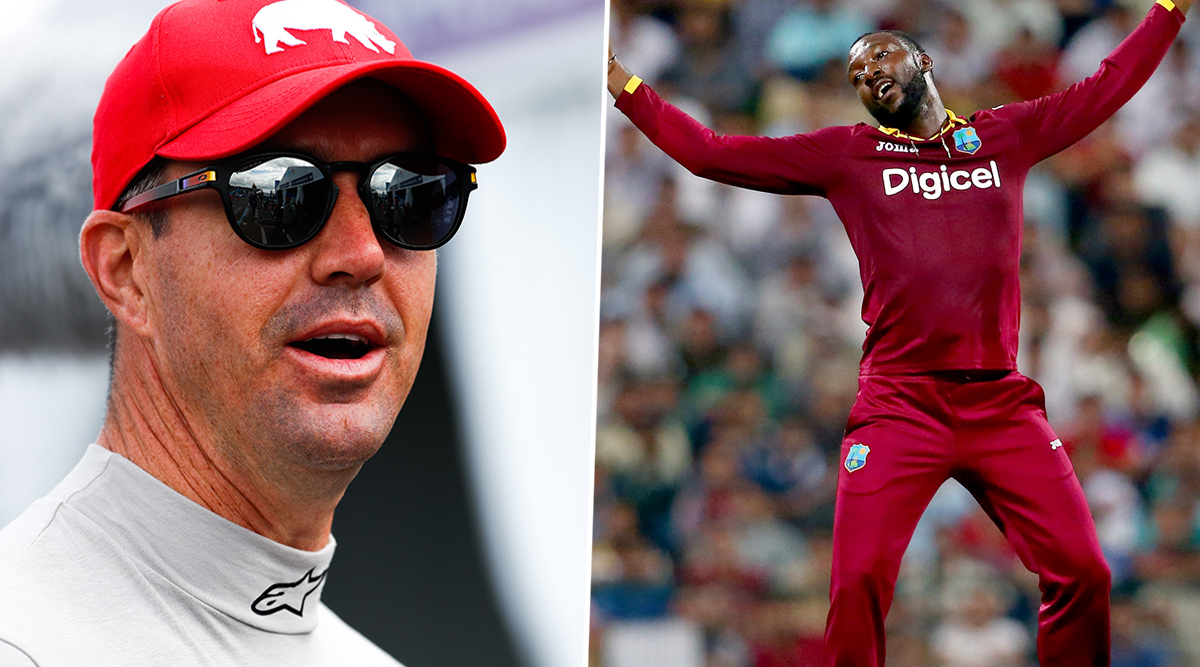 Caribbean pacer Kesrick Williams grabbed a lot of limelight recently, courtesy his on-field banter with Virat Kohli. The Vincentian delivered some decent spells in T20Is against the Men in Blue and his chequebook celebration also got a lot of attention. Many were impressed by the pacer’s ability to bowl in the crunch situation of the game but not Kevin Pietersen. The former England captain wasn’t dazzled by the 29-year old’s performance and said that the latter has nothing apart from his celebration. Virat Kohli Mocks Kesrick Williams' Celebration in His Own Unique Style During India vs West Indies 1st T20I 2019 (Watch Video).

It all started when India’s controversial commentator Sanjay Manjrekar made a tweet, asking the IPL franchises to go for the pacer in the upcoming auction. A fan wrote in the comment section that “RCB should pouch him given the chemistry he shares with Virat Kohli I can see the captain and the bowler comparing notes after a dismissal! Brilliant.” However, Pietersen didn’t agree with the fan’s thought and wrote that “Completely disagree. He’s not good enough! He has nothing special apart from his celebration” and Williams welcomed his thought with an emoji.

Completely disagree. He’s not good enough! He has nothing special apart from his celebration...

In the recently concluded India vs West Indies T20I series, Virat and Williams were involved in an individual battle which was dominated by the former. Nevertheless, Williams did manage to get better of the batting juggernaut on one occasion. The IPL auctions will go underway on December 19 in Kolkata. Now, it will be interesting to see, whether the team owners will acknowledge Manjrekar’s suggestion or agree to Pietersen’s thought.