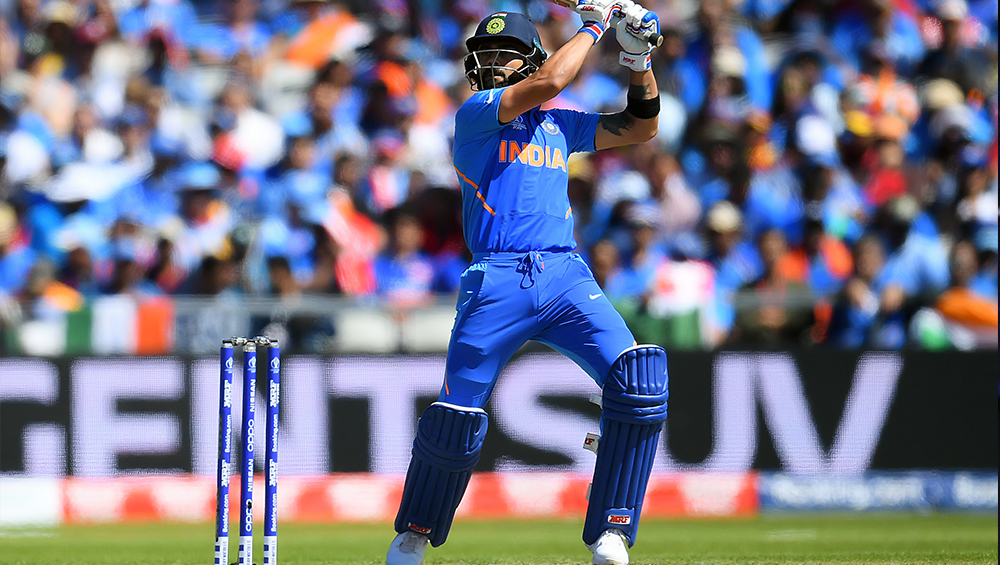 Virat Kohli was on a roll in the 1st India vs West Indies T20I as the skipper is scored 94 off just 50 deliveries and guided his side to a six-wicket victory. During the course of his innings, the 31-year old smashed six boundaries and as many maximums to push the visitors out of the game. However, bat was not the only medium through which he tormented the Caribbean bowlers. After scoring a boundary in the 15th over, the batman mocked Caribbean pacer Kesrick Williams in the bowler’s style itself. Williams has a unique way of celebration in which he makes a note in his imaginary book after getting a wicket. However, he gave away 60 runs in just 3.4 over and didn’t get a chance to showcase his celebration. India vs West Indies Live Cricket Score 1st T20I Match

Nevertheless, Kohli did exactly that after hitting the Grenadian for a boundary and gave the bowler got a taste off his own medicine. The Indian skipper is one of the best batsmen going around and is a proven nightmare to many prominent bowlers. He also looked at his prime in the first match guided his side to another victory. Earlier in the match, Virat also became the second batsman after Rohit Sharma to complete 2500 T20I runs.

Speaking of the match, India won the toss and invited the visitors to bat first. West Indies put up a terrific batting performance and registered 207 runs in the first innings. In reply, India lost Rohit Sharma early but the likes of KL Rahul and Virat Kohli took the mantle of run-scoring upon themselves and mustered half-centuries. Rahul was dismissed for 62 but Kohli didn’t put a foot wrong and guided his side to victory.