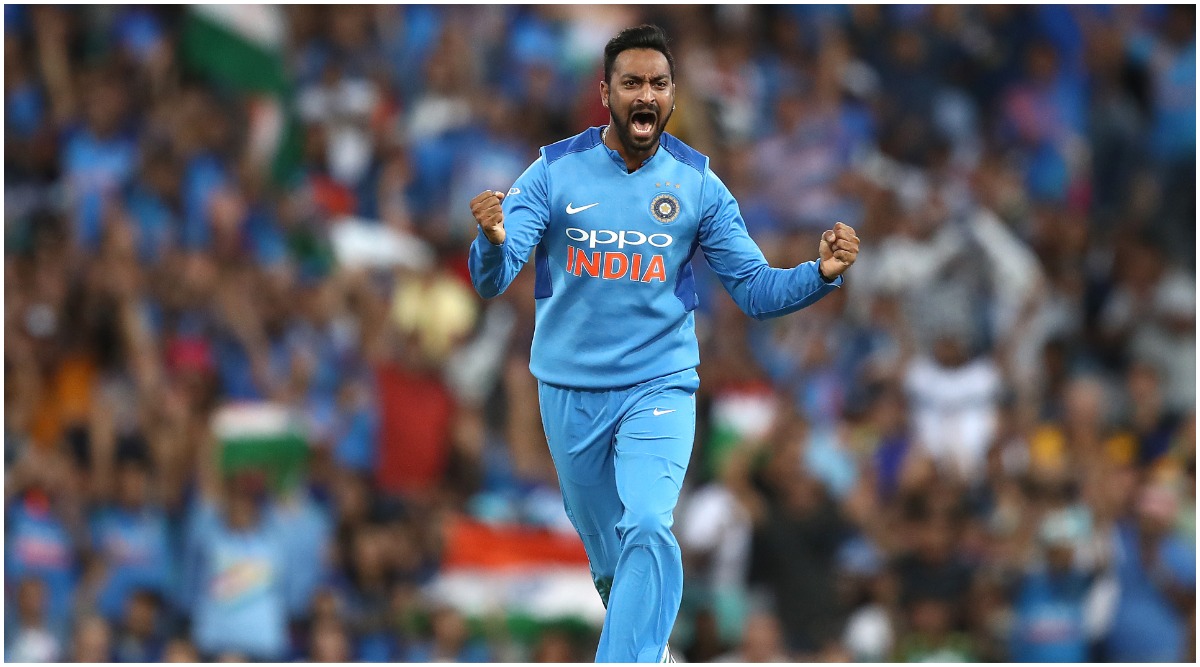 Krunal Pandya picked Cristiano Ronaldo over Lionel Messi as his favourite footballer. The team India and Mumbai Indians all-rounder was asked about his favourite footballer during a Q&A session on twitter to which Krunal replied that Ronaldo was his favourite footballer. The 29-year-old had earlier announced that he will be doing a Q&A session with the fans on Twitter – a first for him – and had asked them to send in as many questions as possible using the #AskKrunal hashtag. With sporting events across the world either suspended or called-off due to the global coronavirus outbreak, sportspersons have been keeping themselves busy through interactive sessions with fans on social media. MS Dhoni Down to Earth, Legend and Role Model, Says Mumbai Indians All-Rounder Krunal Pandya During Q&A Session on Twitter.

Debates about who among Ronaldo and Messi is the better footballer have been doing rounds for years now with both the superstars dominating world football for a number of years now. Ronaldo and Messi have shared 11 of the last 12 Ballon d’Or trophies between them with only Luka Modric (winner in 2018) winning the other one. The Ballon d’Or trophy is given to best men’s player for a particular season and Messi currently leads Ronaldo 6-5 in the individual total haul of Ballon d’Or trophies. Paulo Dybala Opens Up on How Cristiano Ronaldo Reacted After He Told CR7 How They Hated Him in Argentina.

Meanwhile, Krunal was also asked on a variety of other topics, including favourite foreign cricketer, stadium, funniest teammates and toughest bowler he has faced among others. The 29-year-old pickled Afghanistan and Sunrisers Hyderabad spinner Rashid Khan as the toughest bowler he has faced while picking West Indies legend Brian Lara as the players he loved watching growing up.