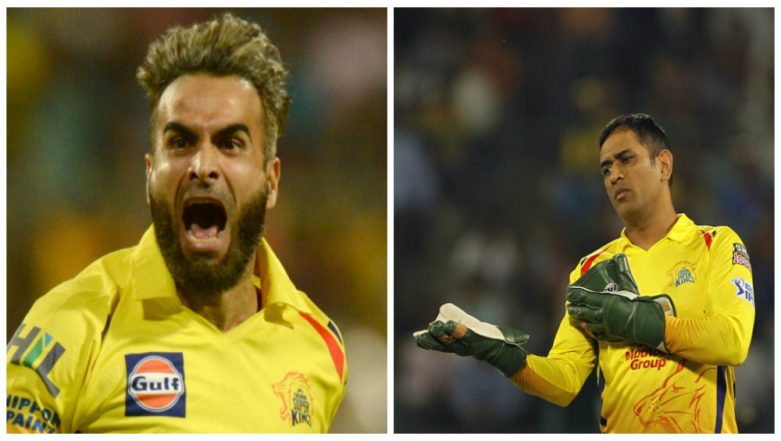 Imran Tahir not only became the highest wicket-taker this season, but now also has the distinction of being the highest wicket taking and the most successful spinner in the history of the Indian Premier League. IPL 2019 Final: Mumbai Indians' Fan Prepares List Titled 'How to Tackle CSK in Field', Chennai Super Kings Twitter Handle Alerts 'Super' Coach Stephen Fleming.

As far as MS Dhoni is concerned, the CSK skipper went past Dinesh Karthik's tally of 131 catches behind the stumps. Dhoni has now taken more catches than any other keeper in the IPL.

The final of the Indian Premier League (IPL) season 12 is being played at the Rajiv Gandhi International Cricket Stadium. Rohit Sharma led Mumbai Indians is taking on MS Dhoni's Chennai Super Kings. Both the teams are looking for the fourth IPL title, as each of the teams have won three IPL titles each.