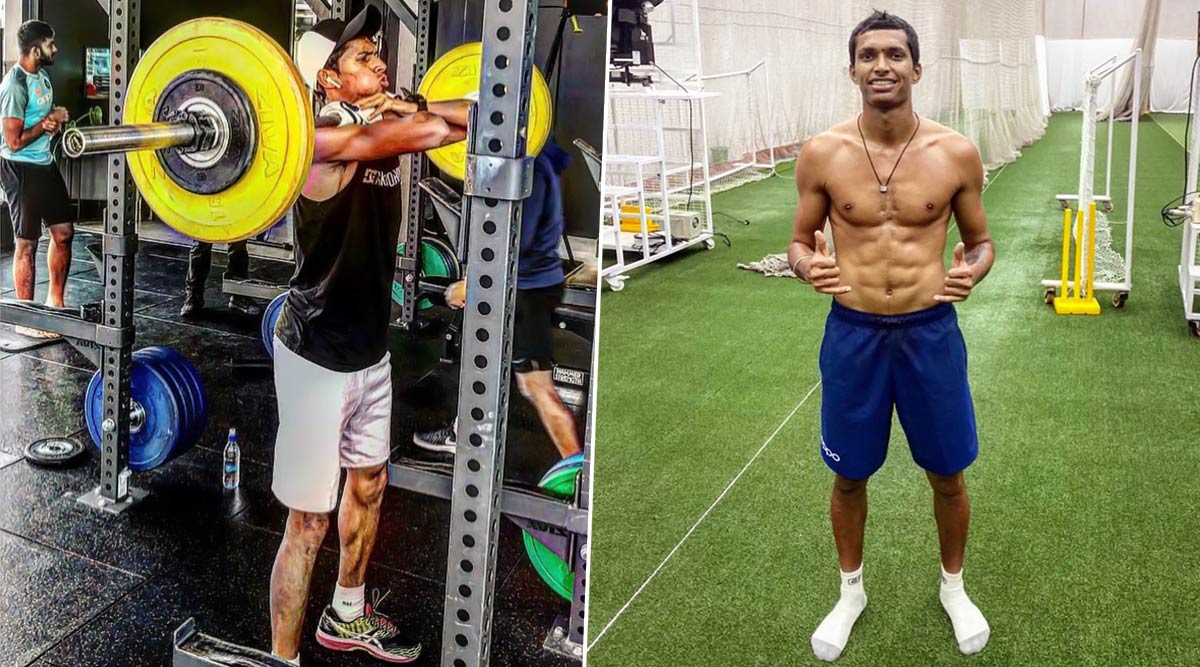 Navdeep Saini is an emerging Indian pacer and is known for bowling at the speed of more than 140 km/h. He is currently the part of Indian Cricket team T20 squad which is playing against Sri Lanka at home. The right-arm fast bowler was awarded Man of the Match for his figures of 2/18 in 4 overs during India vs Sri Lanka 2nd T20I 2020. The fast bowler indeed puts in a lot of hard work off the field in gym and training centres to deliver good pace with proper accuracy. In the below article we will take you through workout videos of Indian pacer Navdeep Saini that the fast bowler includes in his exercise routine to become a menacing speedster. Navdeep Saini Sets Speed Gun on Fire During India vs Sri Lanka 2nd T20I 2020, Twitter Flooded With Praises for the Speedster.

Navdeep Saini also plays for Royal Challenger Bangalore (RCB) in Indian Premier League (IPL). The 27 years old Indian fast bowler made his T20I debut against West Indies on Aug 3, 2019. Saini has grabbed attention in on-going India vs Sri Lanka T20I series, where he breached 150 km/h barrier to bowled Sri Lankan batsman Oshada Fernando in the last match played at Indore. Now let us see below how Indian pacer train to develop his explosive strength. Virat Kohli Fitness Regime: Workout & Vegan Diet of Indian Cricket Team Captain That Has Helped Him Transform From a Boy With a Chubby Face to the Most Aesthetic Cricketer (Watch Videos)

Navdeep Saini being a fast bowler works on the development of lower-body muscles especially hamstring, glutes and also quadriceps muscles. He mostly includes powerlifting exercises like sumo-deadlift, front squat in his exercise routine. The Indian pacer also has a strong shoulder with good mobility. In order to develop explosive strength, he includes exercise like thruster in his training.

#PATIENCE is when you’re SUPPOSED to get MAD, but you CHOOSE to UNDERSTAND#NS23🤙

#Sleep Doesn't Help if Your Soul is TIRED#fitnessmotivation #96

Navdeep Saini's workout has definitely helped him achieve a very athletic body. Youngsters like Saini has taken Indian Cricket Team fitness to an extreme level. The skipper Virat Kohli's fitness has played a major role in motivating new talent to spend hours in the gym. Navdeep Saini is indeed the next big Indian pacer on the card and we can expect him to perform well for the team in upcoming series.