PSL 2020: PCB Franchises Wish to Conduct the Next Season of the Tournament at Home 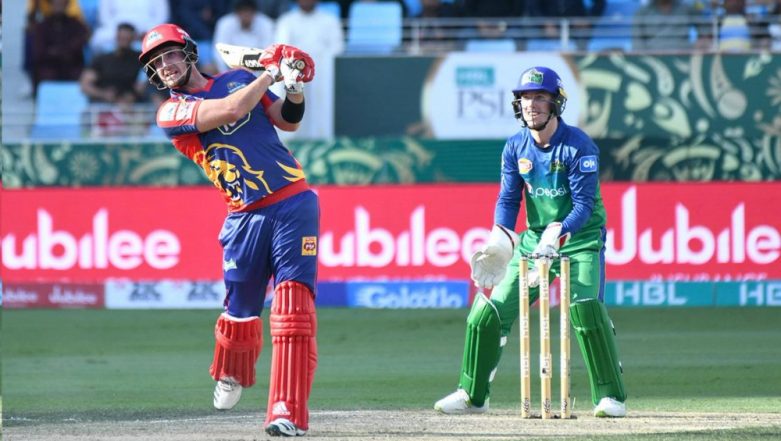 Karachi, August 6: The Pakistan Cricket Board (PCB) and owners of six franchises of the Pakistan Super League (PSL) have decided to host the 2020 edition of the tournament in Pakistan. According to a report in The Dawn, PCB chairman Ehsan Mani held a meeting with the owners of the six franchises to discus the development. The owners of the different franchises have expressed their concern over the foreign player's availability if the competition is completely scheduled in Pakistan. Imran Khan Promises to Develop Best Pakistan Cricket Team Before ICC World Cup 2023.

The tournament was primarily held in the UAE this season with eight matches being played in Pakistan. And that saw quite a few foreign players staying away from those games as they feared security issues. But PCB and the franchises will look to work in tandem to convince foreign players of the safety standards put in place for the T20 event. Sri Lanka Cricket Board's Security Delegation To Visit Pakistan to Find out Feasibility of Test Series.

If PCB does inted to host PSL matches in Pakistan they will also need to refurbish the stadiums in Rawalpindi, Faisalabad and Multan. As of now, only the Gaddafi Stadium in Lahore and the National Stadium in Karachi meets international standards at present.