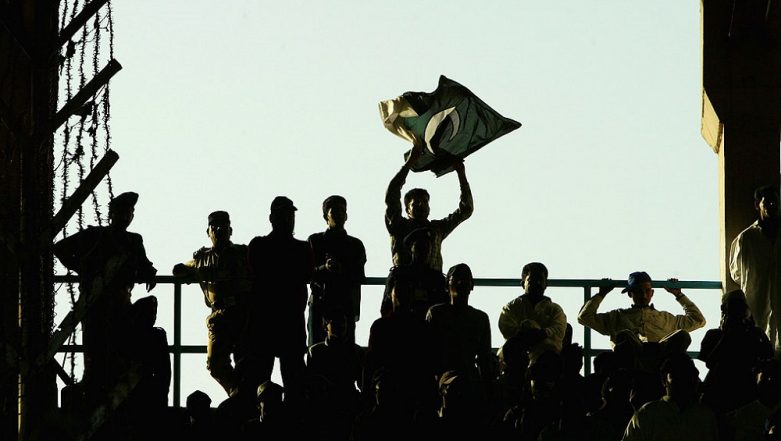 Karachi, August 6: A high-level security delegation of Sri Lanka Cricket Board, led by its secretary Mohan de Silva, will reach Karachi on Tuesday to find out if it is safe to send its team for a Test series against Pakistan later this year. The four-member delegation, which will also visit Lahore, will prepare a report on the basis of which the SLC will take a decision on whether to send its Test team to Pakistan in October.

The other members of the delegation are Air Chief Marshal Roshan Goonetileke, SLC's head of international cricket Chandima Mapatuna and assistant manager anti-corruption and security Mudiyanselage Palitha Seneviratne. They will be in Karachi till Wednesday and then proceed to Lahore on Thursday before flying back home on August 9. PCB Offers to Host Sri Lanka for Tests in Pakistan.

The delegation has been sent by SLC after the Pakistan Cricket Board requested them to play a two-match Test series of the ICC World Test Championship in Pakistan. The delegation will visit the match venues, team hotels and also meet PCB officials and top security and police officers during their three-day visit.

Sri Lanka was the last team to play a Test in Pakistan in March 2009 when it came under terrorist attack in Lahore which eventually led to top Test teams refusing to tour Pakistan because of security concerns. Zakir Khan, who is the Director of International Cricket Operations in the PCB, said that Pakistan was confident that it would be able to host the two Tests in Karachi and Lahore.

"But we can't say anything for certain until the SLC security delegation returns home and submits its report to their board," he said. Khan said the fact that the Sri Lankan board was sending a high-powered delegation to Pakistan showed they were seriously considering PCB's request for the tour.

The PCB is hoping that if Sri Lanka sends its team to Pakistan, it would become easier to convince the Bangladesh Cricket Board to also play Tests in Pakistan early next year. The PCB is also eagerly awaiting a visit by top officials of Cricket Australia and England and Wales Cricket Board to Lahore sometime in October.