Rahul Dravid Helped Me With the Art of Playing Spin, Says Kevin Pietersen 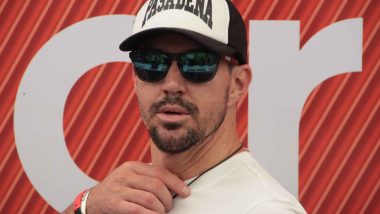 Southampton, Aug 2: Former England batsman Kevin Pietersen revealed it was an email from former India captain Rahul Dravid that helped him master the art of playing spin. Pietersen was one of the better players of spin in England and is rated as one of their finest of all time.

"Dravid wrote me the most beautiful email, explaining the art of playing spin and ever since then it was a whole new world," Pietersen was quoted as saying by Sky Sports.

"The key point was looking for the length as soon as the ball was delivered -- wait for the spinner and make your decision."

Pietersen is currently doing commentary in the three-match England and Ireland ODI series.

Jonny Bairstow hammered 82 off just 41 deliveries as England beat Ireland by four wickets in the second ODI between the two sides to claim victory in the series at the Ageas Bowl here.

England captain Eoin Morgan hailed the depth in his squad after they beat Ireland by four wickets.

England are playing with a side that has none of the players from the Test team that played the West Indies in a three-Test series in July.

"We have a lot of guys who can change the match with the bat at the top of the order, they have the potential. These guys take the game away from the opposition," said Morgan in the post-match presentation ceremony.

"I was going to bat at 4 and then we changed it. I am more than happy to give guys opportunities. It's difficult with two bubbles, obviously Test match is priority. We are trying to fit the best XI in the white ball format."

(The above story first appeared on LatestLY on Aug 02, 2020 03:42 PM IST. For more news and updates on politics, world, sports, entertainment and lifestyle, log on to our website latestly.com).