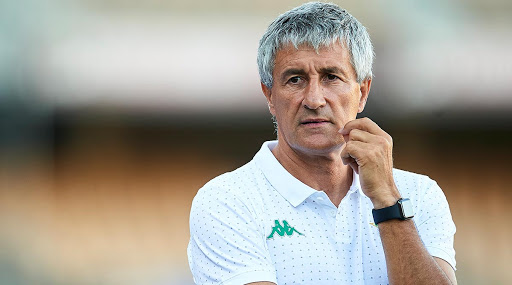 Barcelona confirmed on Monday in an official statement that they have parted ways with manager Ernesto Valverde after two-and-a-half years in charge of the Catalan club. This makes Valverde the first manager since Louis van Gaal in 2007 to be sacked the Spanish club during mid-season. Former Real Betis boss Quique Setien has been appointed as the new head coach and the Spaniard will take charge of the club until June 30, 2022. The 61-year-old takes over the club with Barcelona sitting on top of La Liga and in the last 16 of the UEFA Champions League where they will face Napoli in February. Barcelona Suffer Huge Blow, Luis Suarez Ruled Out For Four Months After Knee Surgery.

Ernesto Valverde has parted ways with Barcelona after a somewhat mixed spell of over two years at the club. The Basque manager was successful in the domestic competitions as he won two La Liga’s and a Copa Del Rey during his stint but at the same time suffered two embarrassing exits from the Champions League, losing to Roma in 2018 in the quarter-finals and then getting knocked out by Liverpool in last season’s semi-finals. But the hierarchy at the Catalan club decided that there was a change required at the managerial position after the disappointing 3-2 defeat against Atletico Madrid in the Spanish Super Cup semi-final earlier in the month. Lionel Messi Is the Best: Manchester City Boss Pep Guardiola Laughs Off Messi-Sergio Aguero Comparison (Watch Video).

Agreement between FC Barcelona and Ernesto Valverde to end his contract as manager of the first team. Thank you for everything, Ernesto. Best of luck in the future. pic.twitter.com/zrIgB1sW2e

Quique Setién will be the new manager of FC Barcelona. Welcome!

Quique Setien was announced as Valverde’s replacement and will be officially presented on January 14, 2020 (Tuesday). Setien’s first game in charge of the Catalan giants will be on Sunday against Granada in a La Liga encounter. The two teams met earlier in the season in September 2019, which Barcelona lost 2-0 so the new boss will have a tough task in front of him.