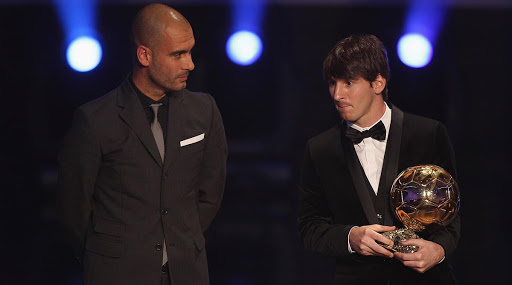 Manchester City boss Pep Guardiola believes that Sergio Aguero is one of the best players in the world but Barcelona captain Lionel Messi stands apart in a league of his own. After City’s recent thrashing of Aston Villa in a Premier League 2019-20 match in Sunday, the Catalan was asked whether Aguero is the best striker he has ever coached to which the manager replied ‘the best is Messi’. The Manchester City forward netted a hat-trick against Aston Villa which saw him overtake Thierry Henry’s record of leading foreign scorer in Premier League and Alan Shearer’s record of most hat-tricks in the league. Sergio Aguero Breaks Plethora of Goal-Scoring Records As Manchester City Thrash Aston Villa 6–1.

In a press conference after the dominating win against Villa, Man City boss Pep Guardiola was asked whether Aguero was the best forward he had worked with, but the former Barcelona manager pointed out that he has coached Lionel Messi and the six-time Ballon d’Or winner is the best player he has managed. ‘The best is Messi’ Guardiola said before a follow-up enquiry pondered on whether Aguero was the best pure number 9 he has handled. The Catalan remained firm on his answer and added 'Messi is the best number nine, number 10, number 11, number seven, number six, number five, number four, but amongst the rest, Sergio is absolutely one of them’. Aguero joined Manchester City in 2011 and since then has been their main player winning countless domestic honours. Lionel Messi's Eldest Son Thiago Scores Brilliant Goal For Barcelona, Video Goes Viral.

The Best is Messi

Lionel Messi is the best to ever play the game.

Pep Guardiola doesn't want to hear anything else.

After overtaking Thierry Henry, The 31-year-old will have his eyes set on Wayne Rooney’s record of most goals scored for a single club ion the Premier League as the former England international netted 183 times for Manchester United. The defending champions are second in the point’s table ad will host Crystal Palace next week.