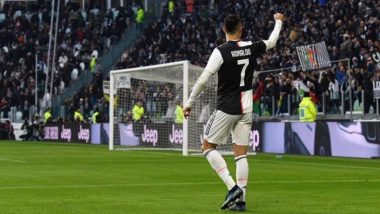 Cristiano Ronaldo scored a stunning goal last night against Genoa and played an important role in the team’s win at the Luigi Ferraris Stadium. After the match, the five-time Ballon d’Or winner posted a picture of himself scoring the goal on social media and hailed the team for collecting three important points, which extended their lead on the Serie A 2019-20 points table. The Portugal star scored a goal at the 56th minute of the match and brought the team to 3-1 with his stunning rocket-like net which was clocked at 105 kmph. Cristiano Ronaldo’s Long-Range Rocket Against Genoa Recorded at 105 KMPH, Juventus Forward's Goal Video Goes Viral.

The video of his goal went viral on social media and CR7 himself took to social media. Not only did he share the snaps of his goal but also posted pictures of the team in a huddle. With this, CR7 brought in the 24th goal of the season from 25 appearances. Now, check out the post by CR7 below: 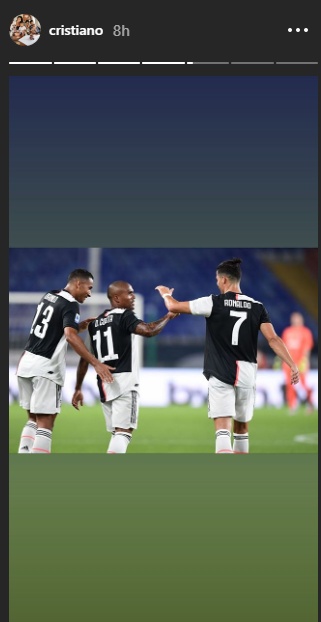 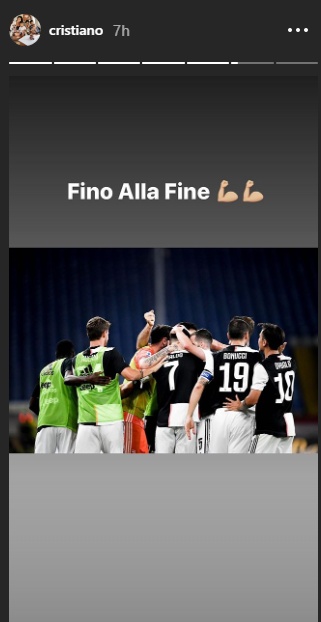 Check out the video of CR7's goal.

Talking about the game, both teams went into the half-time with no goals being scored by either side. Only at the 50th minute Paulo Dybala scored a stunner and brought the team to 1-0. Exactly six minutes later the time Ballon d'Or winner sprang into action and collected a pass from the midfield to net a rocket-like goal. Douglas Costa netted the third goal for Juventus.

(The above story first appeared on LatestLY on Jul 01, 2020 12:02 PM IST. For more news and updates on politics, world, sports, entertainment and lifestyle, log on to our website latestly.com).