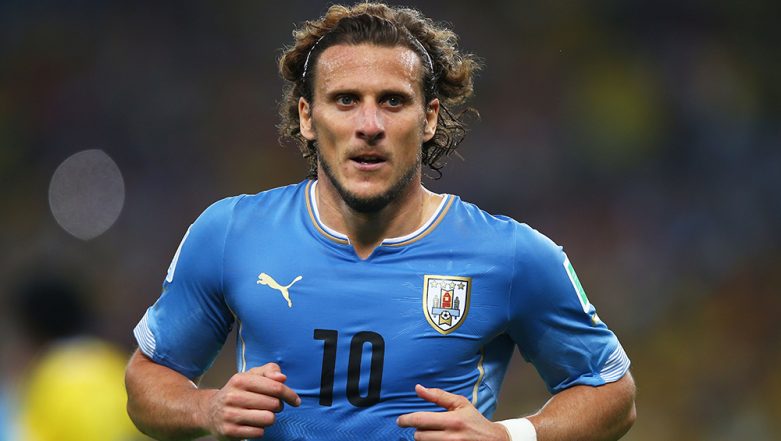 "It hasn't been easy, I didn't want the time to come, but I knew it was going to come, I have decided to stop playing football professionally," Forlan was quoted as saying by Telemundo. Forlan is a legendary footballer and considered one of the best Uruguayan players of all time. His triumph at FIFA World Cup 2010 is well-known, where he received the Golden Ball, the joint Top Scorer award, the Goal of the Tournament award. He represented his country  Uruguay from 2002 to 2014. He has appeared in 122 matches for his country and scored 36 goals. He was part of the Uruguay team which clinched 2011 Copa América title. Cristiano Ronaldo Wants Juventus to Sign Thiago Almada ‘New Lionel Messi’ before Manchester City Grabs the Argentinian Footballer!.

Forlan started his football career with Independiente football club in Argentina in 1997. He later joined Manchester United in January 2002. Forlan has been associated with many football clubs in his career. Atlético Madrid, Inter Milan, Internacional, Cerezo Osaka, Peñarol, Mumbai City and Kitchee are some of the other clubs he has been part of. For Mumbai City FC in ISL, he appeared in 11 matches and scored 5 goals. In ISL 2016 season, he scored a hat-trick against Kerala Blasters.