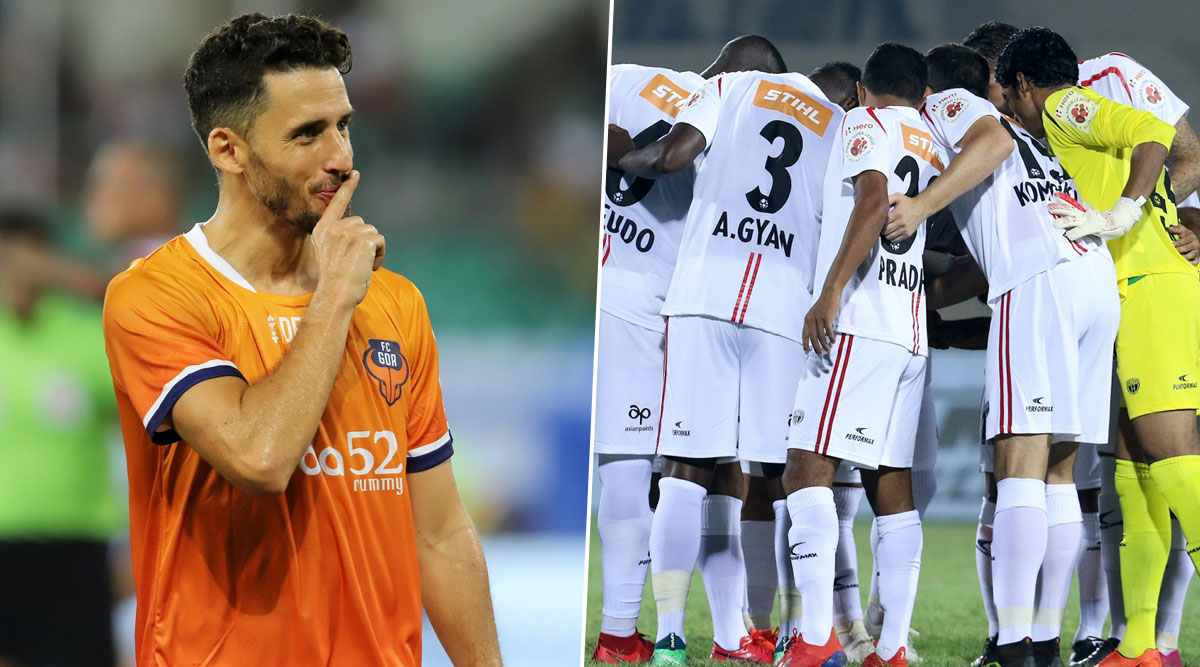 FC Goa will aim for the top when they face NorthEast United in match 54 of the 2019-20 Indian Super League (ISL) on January 08, 2019 (Wednesday). FC Goa are tied on points with ISL 2019-20 league leaders ATK (21) but are behind on goal difference and would hope to produce a win against the struggling Highlanders to climb on top of the team standings. Fans, who play fantasy games like Dream11, can find all information with player form and availability to build a strong team for FC Goa vs NorthEast United ISL 6 encounter. NorthEast are winless in their last five games with their last victory coming against Hyderabad in November. Meanwhile, for tips and team suggestions to build a strong fantasy playing XI for FCG vs NEUFC clash, please scroll down. FC Goa Vs NorthEast United FC - Live Football Score.

NorthEast United will miss the services of first-choice goalkeeper Subhasish Roy Chowdhury, who is suspended for this tie after accumulating four yellow cards. Robert Jarni’s side will, however, welcome Federico Gallego into the playing XI after successive substitute appearances. The Highlanders, last ISL season’s semi-finalists, find themselves in the third-place from bottom after an indifferent second half of the season. They have scored once in the last three games while conceding six and Garni will hope a fit-again Gallego can share the scoring burden with marquee signing Asamoah Gyan.

Sergio Lobera’s side, in contrast, have bounced back after a poor start to ISL 6. They won only twice and drew three in their opening six matches but have since won four of their five previous matches. Goa’s four-match running win streak was broken by defending ISL champions Bengaluru FC in the 2-1 win. Ferran Corominas has returned from injury and has started scoring again. While Brandon Fernandes, Hugo Boumous and Jackichand Singh have assisted the sharpshooting Spaniard.

FC Goa vs NorthEast United, ISL 2019-20, Dream11 Team Prediction: Defenders – NorthEast United conceded only 4 times in their opening 4 matches but have since shipped 9 more in their next 5. FC Goa have improved on that front after a poor beginning. Mourtada Fall (FCG) and Carlos Pena (FCG) are not just superb defenders but also provide scoring threats. Reagan Singh (NEUFC) should be the sole NorthEast representative in this defence.

FC Goa vs NorthEast United, ISL 2019-20, Dream11 Team Prediction: Midfielders – FC Goa once again dominates on this front as their midfield have been in better touch. Brandon Fernandes (FCG) and Hugo Boumous (FCG) should be the first names on every fantasy Dream11 team. They would be joined by Lenny Rodrigues (FCG), Panagiotis Triadis (NEUFC) and Jose David Leudo (NEUFC).

FC Goa vs NorthEast United, ISL 2019-20, Dream11 Team Prediction: Forwards – Ferran Corominas (FCG) will be leading the attacking front and he will be joined by Martin Chaves (NEUFC), who pips the more fancied Asamoah Gyan in this fantasy team.

The match ended in a 2-2 draw with Manvir Singh scoring a last-minute equaliser to deny NorthEast United a win in the last meeting between both these teams in ISL 6. FC Goa have come a long since then but the same cannot be said of NorthEast United, who seem to have gone backwards after leading the standings in the initial stages.