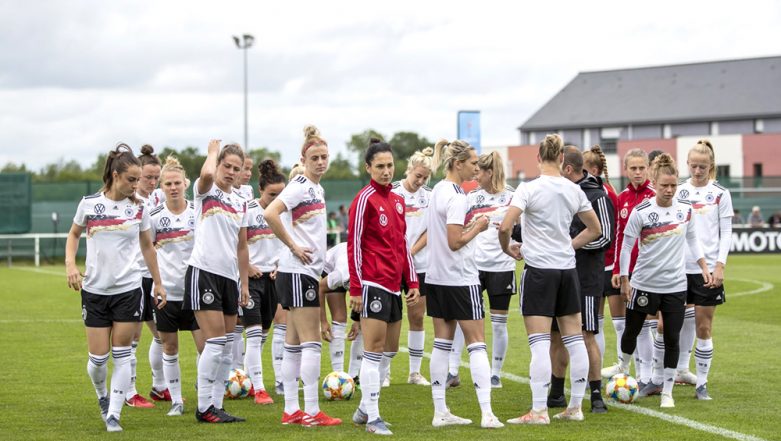 The FIFA Women’s World Cup 2019 brings us quite a mouth-watering game between Germany and Sweden which will be held at Roazhon Park, France. Before speaking about the live streaming details of the Round of 16 match, let’s have a look at the head-to-head record. The two teams locked horns with each other way back in 1991 where Sweden walked away with a 4-0 win. The team once again defeated Germany by 3-2 in the Group stage. But since 2003 FIFA Women’s World Cup, have not won a game against Germany. FIFA Women's World Cup 2019: From Teams to Schedule And Venues, All You Need to Know About the Football Mega Event.

The Germans haven’t conceded a goal for far in the tournament and obviously, start off as the favourites. They haven’t lost a single game so far in the tournament. Sweden, on the other hand, has a lot to improve. The first they need to work on is their quick passes which will help them win the game. Now, let’s have at the live streaming details of the game.

If you are not able to tune into television for whatever reasons, you can also catch Germany vs Sweden FIFA Women’s Football World Cup 2019 match with the live streaming option available on Sony Liv. The official website of FIFA also brings you all the live updates of the game.