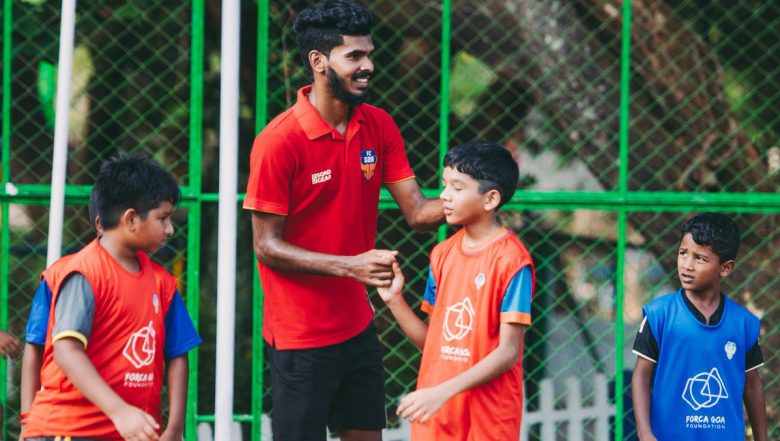 Panaji, June 11: Midfielder Princeton Rebello has signed a new long-term contract with Indian Super League (ISL) outfit FC Goa, which will keep him in the club till the summer of 2022.

The 20-year-old has been with the club since 2017 and made his senior team debut in the Super Cup, where he came on as a substitute in the quarter-final against Jamshedpur FC. He would do the same again in the semi-final win over Chennai City FC.

It's all the way up for our Prince! 🤴

Today he has committed his future with the club and has signed a contract extension with FC Goa! 🧡📝#Princeton2022 #NowWeRise pic.twitter.com/hqEMWNmpUU

Articulate on the ball, the Goan native was instrumental in helping the Developmental team to the Goa Professional League title. Playing the role of a central midfielder, Rebello helped set the tempo for the Gaurs in the games whilst also chipping in with 2 goals and 3 assists. FC Goa Squad for ISL 2018–19: Full List of Players, Football Fixtures Schedule, Team Details, Dates and Timetable for Indian Super League Season 5.

"What can I say? I feel elated. This is the first true team that I was a fan of and now to commit my future to them is the stuff of dreams. The new contract is a sign that the management has confidence in me and I am heading in the right direction. I made my debut this season in the senior team and won a couple of trophies, but I am hungry for more," said a delighted Rebello after putting pen to paper.

"I have set the bar really high for myself and hope to achieve a lot more in the coming years," he added.