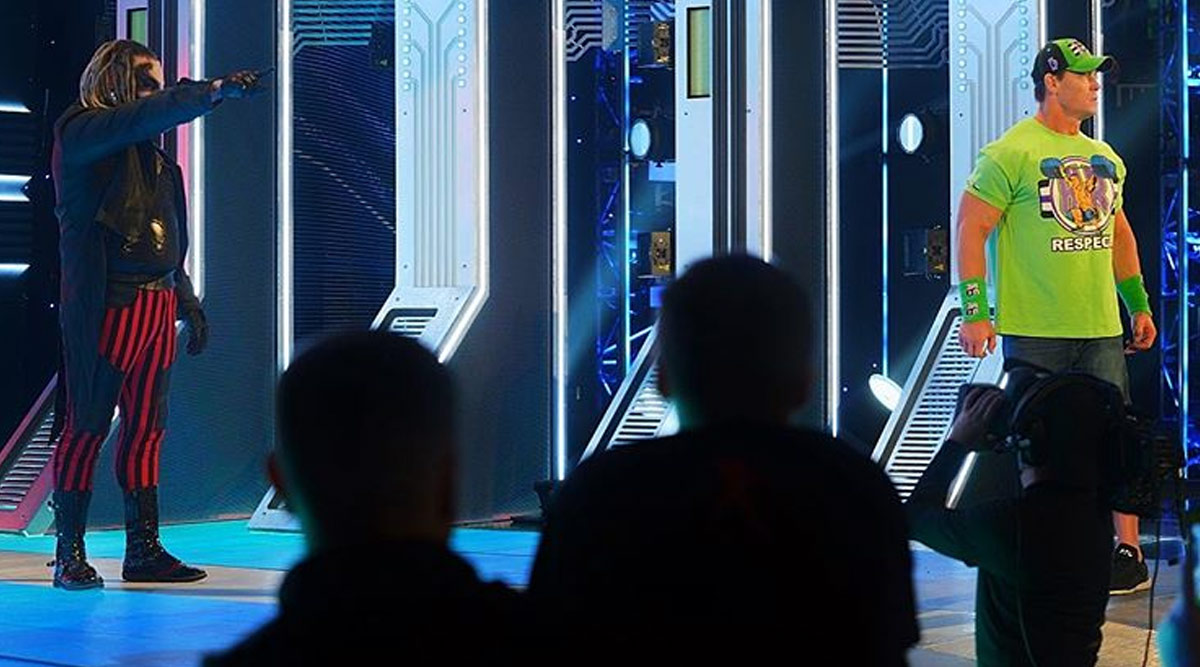 WWE SmackDown February 28, 2020 episode took place at TD Garden in Boston. This week blue brand episode took place just a night after successful pay per view WWE Super ShowDown 2020. A lot changed in that event, most importantly Goldberg became the new Universal Champion as he defeated Bray Wyatt at Super ShowDown. In this week episode, Goldberg got Roman Reigns as his WrestleMania opponent for Universal Title match at WrestleMania 36. We also saw the return of John Cena, who got booked in a match with 'The Fiend' Bray Wyatt for WrestleMania 36. Meanwhile, you have arrived at the right platform, if you are looking for results and highlights of WWE SmackDown February 28, 2020. WWE Super ShowDown 2020 Results and Highlights: Goldberg Begins Universal Title Reign With WCW-Style Win Over ‘The Fiend’ Bray Wyatt, Brock Lesnar Squashes Ricochet & More (View Pics)

Goldberg came out in the ring with his Universal title and simply shouted out his iconic phrase, 'Who's next?'. This call was answered by 'The Big Dog' Roman Reigns as he challenged him for Universal Championship match at WrestleMania 36. John Cena made his much-awaited return to SmackDown where he crossed path with 'The Fiend' Bray Wyatt. John Cena initially with heavy heart said that let the superstar of new-age lead WrestleMania 36. The 16-times World Champion Cena had no plan to be a part of the mega event. However, just when he was about to exit, we saw 'The Fiend' Bray Wyatt appear and halt his exit. Wyatt then pointed his finger towards WrestleMania 36 banner and therefore now we will see a battle between the good and the evil at WrestleMania 36.

Shinsuke Nakamura and Braun Strowman contract signing took place for Intercontinental Championship match at Elimination Chamber, 2020, however, it ended in a brawl as Sami Zayn and Cesaro put his hand on Monster Amongst Men. The Usos defeated new Tag Team Champion The Miz and John Morrison. We also now witness an Elimination Chamber match between The Usos, John Morrison and The Miz, Heavy Machinery, The New Day, Dolph Ziggler and Robert Roode and Rey Mysterio along with his new partner for Tag Team Championship.

Naomi Getting Help From Lacey Evans

WWE Elimination Chamber 2020 is scheduled to take place on March 8, 2020, at the Wells Fargo Center in Philadelphia, Pennsylvania. It is indeed expected to be an action-packed event just a month before WrestleMania 36 takes place. Stay tuned with LatestLY for more updates and news from WWE.