Taiwanese tech giant ASUS, which is likely to launch its Zenfone 8 series in China on May 12, might power the 'Mini' variant with the flagship Qualcomm Snapdragon 888 processor. 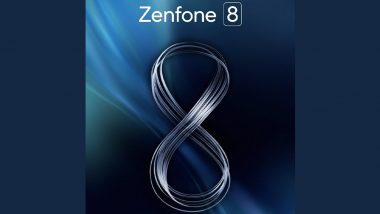 Taipei: Taiwanese tech giant ASUS, which is likely to launch its Zenfone 8 series in China on May 12, might power the 'Mini' variant with the flagship Qualcomm Snapdragon 888 processor. GizmoChina, citing leaks, reported that the Zenfone 8 Mini will pack a 5.9-inch Samsung E4 AMOLED screen with Full HD+ resolution. The display also supports a 120Hz refresh rate and the Under-display fingerprint scanner. Asus ZenFone 8 Flip & ZenFone 8 Features & Specifications Leaked Online Ahead of Its Launch: Report.

There is equally a Gorilla Glass Victus protection onboard and the dimension of the device is given as 148 x 68.5 x 8.9mm and it weighs just 169 grams, the report said. According to the report, the Qualcomm Snapdragon 888 processor will be paired with up to 16GB RAM and 256GB UFS 3.1 flash storage.

The phone will get its power supply from a 4000mAh battery with support for 30W fast charging. For photography, there will be a 64MP Sony IMX686 main sensor onboard. Earlier leaks point to triple camera sensors and these include a 12MP wide-angle camera and a macro sensor. The device will also have a selfie camera and won't be using the pop-up camera mechanism that heralded the Zenfone 7 series. The report also revealed that the ASUS Zenfone 8 Mini will come with three microphones as well as OZO audio.

(The above story first appeared on LatestLY on May 10, 2021 09:17 AM IST. For more news and updates on politics, world, sports, entertainment and lifestyle, log on to our website latestly.com).