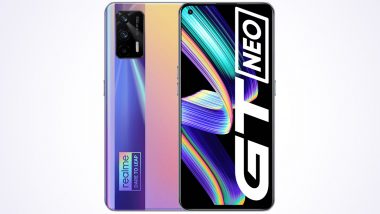 Realme, the Chinese smartphone maker officially launched the Realme GT Neo smartphone in the Chinese market. the handset is now available for registrations and will be made available for sale in the country on April 8, 2021. As of now, there is no information about the Indian availability of the phone but it was recently spotted on India's IMEI database and BIS websites. The Realme GT NEO comes in three variants - 6GB + 128GB, 8GB + 128GB and 12GB + 256GB. Realme GT Neo China Launch Set for March 31, 2021. 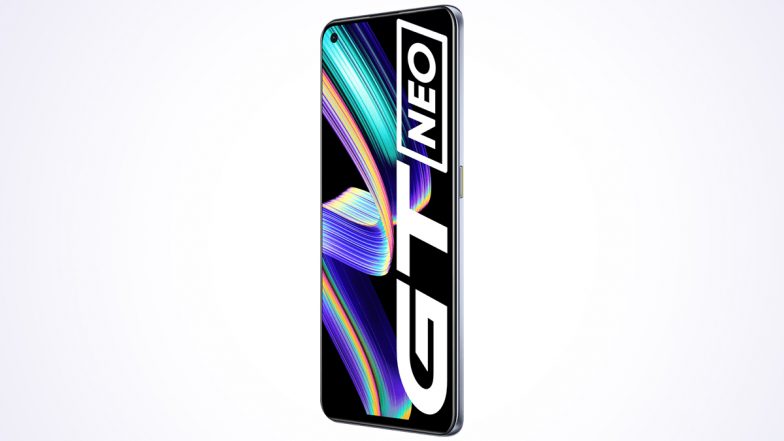 The smartphone comes with a 6.43-inch Samsung Super AMOLED FHD+ display with a resolution of 2400x1080 pixels. The handset comes powered by MediaTek Dimensity 1200 SoC coupled with up to 12GB of RAM and up to 256GB of internal storage. For optics, the device comes equipped with a triple rear camera system comprising a 64MP Sony IMX682 main sensor, an 8MP ultra-wide-angle lens and a 2MP macro shooter. At the front, there is a 16MP shooter for selfies and video calling. 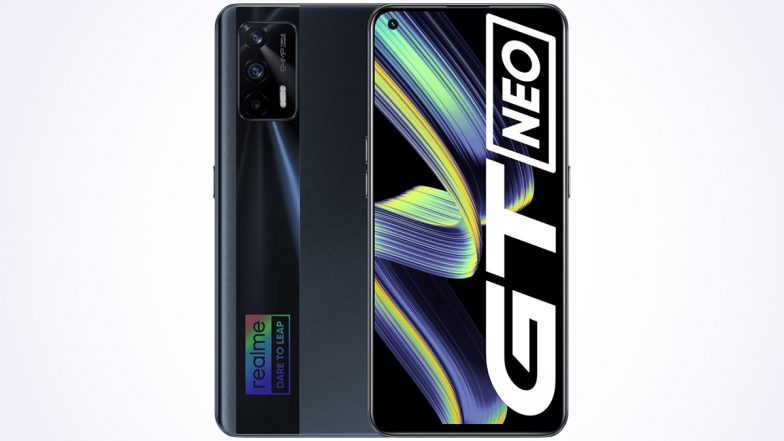 (The above story first appeared on LatestLY on Mar 31, 2021 03:42 PM IST. For more news and updates on politics, world, sports, entertainment and lifestyle, log on to our website latestly.com).