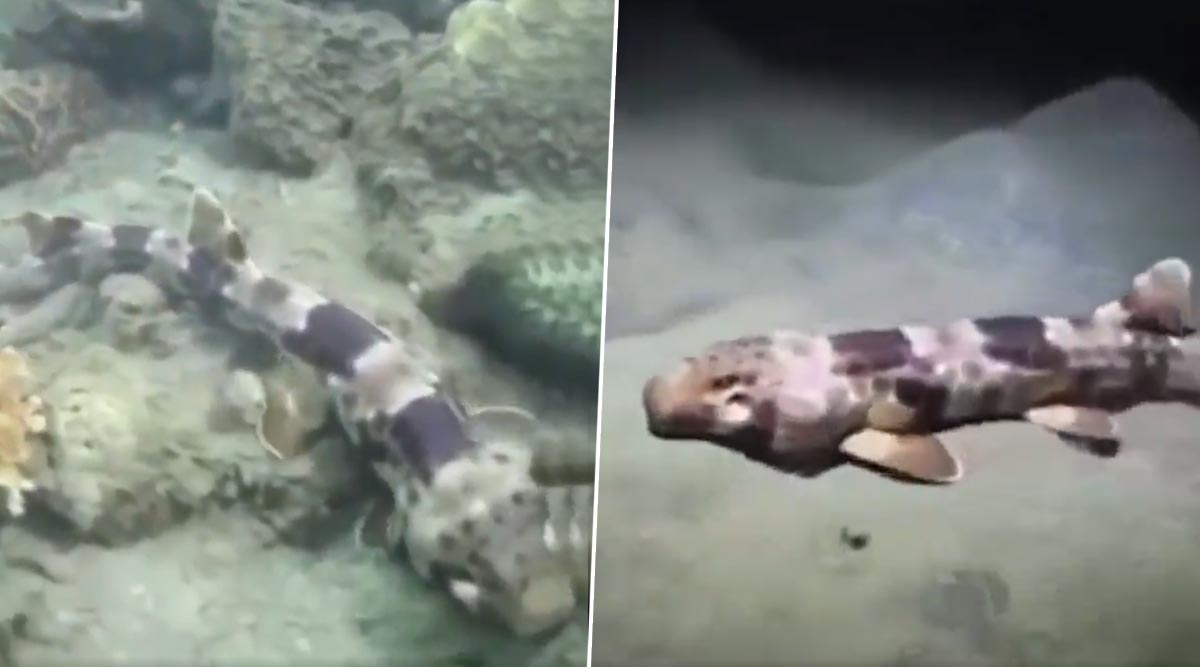 Four new species of tropical shark were recently found off the coasts of northern Australia and New Guinea. The peculiarity about the fish is that it uses its pelvic fins to move across the ocean floor. And if that scares you, scientists say that there is nothing to worry as these 'epaulette' sharks do not pose any threat to humans. These walking sharks are less than a meter long and feed only small fish and invertebrates. According to the recent study in Marine and Freshwater Research, all four species appear to have evolved fairly. The sharks do not have legs but the video shows they can walk on the ocean bed with fins just like seal or otter. New Fish Species Discovered That Can Detect Wavelengths.

Christine Dudgeon, the lead author of the study, and a researcher at the Australia’s University of Queensland in a statement said, "Walking sharks present no threat to people but their ability to withstand low oxygen environments and walk on their fins gives them a remarkable edge over their prey of small crustaceans and molluscs." It seems they learned walking due to shifting landscapes and seabeds. Gollum, a New Snakehead Fish Species Found in Kerala.

Erdmann told CNN, "The discovery proves that modern sharks have remarkable evolutionary staying power and the ability to adapt to environmental changes." With his discovery, the total number of known walking shark species has increased to nine. These sharks are thought to have evolved around nine million years ago making the "youngest" sharks on the planet, said Mark Erdmann, a co-author of the study, and the vice president of Conservation International’s Asia-Pacific marine division.