Nikola Tesla is somewhat of a mystery. But whatever we know of the man has elevated him to the status of a cult hero. He is responsible for the creation of numerous modern-day technology. On his 163rd birth anniversary, here are some of his inventions. 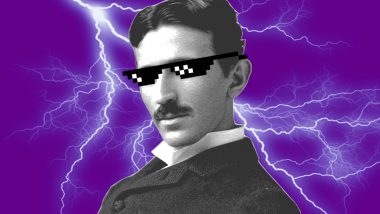 Nikola Tesla has become somewhat of a romanticised figure today. Curiosity about the Serbian-American physicist, inventor and futurist has peaked in recent years, especially after anecdotes of his eccentricities became popular on the internet. A favourite of conspiracy theorists, Tesla is known today as a misunderstood genius who was passionate towards his work. What endeared him more to the world was his utter disregard for social niceties and materialism. Despite his success as an inventor, Tesla barely had any belongings to call his own. All he had was a book of poetry, a recommendation letter and four cents. Yet his contributions to the world of science were enormous. Nikola Tesla was born on July 10, 1856, and in 2019, the world celebrates his 163rd birth anniversary. On the occasion, here are six modern-day inventions, which would have been impossible without Nikola Tesla’s sheer genius.

Although Wilhelm Röntgen was the one to have discovered X rays, Tesla is said to have made the method more sophisticated. He accidentally created an image of his friend Mark Twain through the vacuum tube. Instead of showing the image of Twain, it produced images of the screws for adjusting camera lens.

Inspired, he tried took images of the human body with the same method and called them shadowgraphs. He never took the credit from Röntgen, who in turn, congratulated Tesla for his method.

There was a debate as to who – Tesla or Guglielmo Marconi – had invented the radio. Although the latter was credited initially as the inventor, Tesla got his dues in 1943, when it was proven that it was he who invented the radio. Tesla’s application of patents was rejected at first by the US Patent Office, who sided with Marconi possibly due to his powerful financiers, one of whom was Thomas Edison.

Imagine having to get up every time you wanted to change the channel. Thanks to Tesla, we never had to go through that drudgery. The genius inventor is credited to have paved the way for remote control technology. Tesla showcased his creation – the world’s first wireless remote controls – which he unveiled at the Madison Square Garden in New York.

Some of Nikola Tesla's Quotes:

It’s widely believed that Tesla invented neon signs or fluorescent lighting. That, however, is a misconception. He is said to have improved upon the technology, which gave us neon lights today. Tesla was said to have struck upon the idea, when he thought of using cathode rays to develop four different types of lighting.

No, Nikola Tesla never claimed to have invented robots, but he did contribute towards robotics. In 1898, long before Isaac Asimov wrote about robots, Tesla presented a robotic boat to the stunned audience at Madison Square Garden. Tesla wanted to show how ships and missiles can be controlled from a distance. It was a part of his demonstration on wireless technology, which brings us to his next invention.

Tesla hoped that one day, everyone on the planet could have access to free energy. So he proposed to build a World Wireless System, a 185-foot tower, which would theoretically use Earth as an electrical conductor to transmit energy without wires to any part of the world. The idea was to bring electrical energy to the remotest corners of the earth. This was the early prototype of wireless communication that is so indispensable in today’s times. The system, however, didn’t see the light of day. Although Tesla started out on his plan, he had to abandon it when his financiers backed out.

Tesla has to be commended for his single-minded pursuit of scientific excellence without the expectation of rewards. If legends and anecdotes are to go by, he was the perfect definition of a Man of Science. Apart from these inventions, many of his other proposed ideas such as death beam, thought camera, artificial wave, etc. didn’t materialise. Nevertheless, Nikola Tesla has left an indelible mark on technology as we know it today.

(The above story first appeared on LatestLY on Jul 10, 2019 08:23 AM IST. For more news and updates on politics, world, sports, entertainment and lifestyle, log on to our website latestly.com).