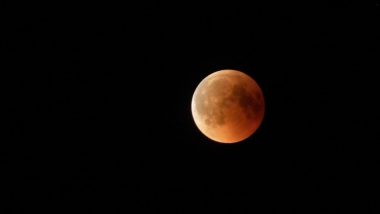 The second Lunar eclipse of the year 2020 is expected to take place between June 5 and 6 and is Penumbral in nature. Lunar eclipses happen around the year and may feature twice to a maximum of five times a year. The Sun, Earth and the Moon’s alignment decide the kind of eclipse we will have and the scale of its observance worldwide. In the Penumbral Lunar Eclipse - the sun, the moon and the earth are in an imperfect arrangement. There is no uniformity in distribution of these events which only increases the curiosity of scientists studying these events. Here we take a look at some interesting facts about Penumbral Lunar Eclipse. June 2020 Lunar Eclipse FAQs: ‘What Time Is the Lunar Eclipse 2020? To ’What Is the Time for Lunar Eclipse in India?’ Most Asked Questions on the Celestial Event.

Eclipses have caught the imagination of humans for time immemorial and with the fact that lunar eclipse involves no risk of eye damage, the curiosity only increases.

(The above story first appeared on LatestLY on Jun 04, 2020 12:32 PM IST. For more news and updates on politics, world, sports, entertainment and lifestyle, log on to our website latestly.com).