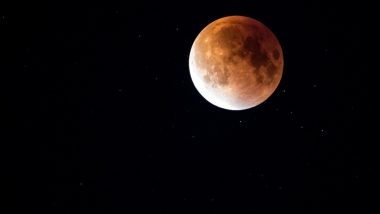 What is a penumbral lunar eclipse?

A penumbral lunar eclipse occurs when the Sun, Earth, and the Moon are not aligned in a line. During this celestial event, the Earth blocks some of the Sun's light from directly reaching the Moon's surface. It thus covers all or part of the Moon with the outer part of its shadow, also known as the penumbra.

What is the time for the lunar eclipse in India?

According to timeanddate.com, the lunar eclipse will start on June 5 at 11:15 pm IST and reach the maximum eclipse at 12:54 am on June 6. The penumbral eclipse will end at 2:34 am.

How long does a lunar eclipse occur?

A total lunar eclipse usually happens within a few hours. The totality can range between from a few seconds to about 100 minutes. The total duration of the upcoming lunar eclipse will be three hours and 18 minutes.

If can't watch the lunar eclipse from home this year, then you can view it live on the internet. YouTube channels including Slooh and Virtual Telescope will be live streaming the celestial events. Reportedly, during the ‘Strawberry Moon Eclipse’ around 57 per cent of the Moon will pass into the Earth’s penumbra. This event will make it difficult for people to see the moon clearly as it is a penumbral eclipse.

(The above story first appeared on LatestLY on Jun 01, 2020 03:16 PM IST. For more news and updates on politics, world, sports, entertainment and lifestyle, log on to our website latestly.com).