Tech giant Sony's upcoming rumoured "Spartacus" gaming service could have three subscription tiers, with the most expensive option capping out at $16 per month. 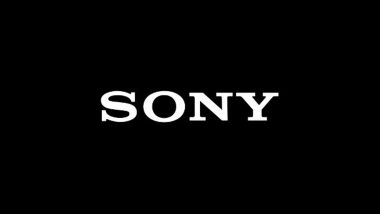 Tokyo: Tech giant Sony's upcoming rumoured "Spartacus" gaming service could have three subscription tiers, with the most expensive option capping out at $16 per month. According to a new report from GamesBeat's Jeff Grubb, Sony is in fact planning for the Spartacus to have three tiers, in line with prior reports. Sony PS5 Restock in India: Reliance Digital & ShopAtSC Sites Crash Due to Overwhelming Demand for Gaming Console.

The first tier would be $10 a month and essentially replace PlayStation Plus, offering free monthly games and discounts, reports Android Central. The second tier would be $13 a month and throws in a catalogue of games. Finally, at $16 a month, the third and final tier would provide trials of newer games, game streaming and a library of "classic" games.

Right now, Sony is not planning to offer any day one release from PlayStation Studios, marking the biggest difference between this planned overhaul and Microsoft's Xbox Game Pass, the report said.

The report also stated that Sony intends to move this new service into testing sometime in the next few weeks, meaning official news could be imminent. Back in December 2021, a report said that Sony is possibly planning a new game subscription service, codenamed Spartacus.

(The above story first appeared on LatestLY on Feb 28, 2022 08:57 AM IST. For more news and updates on politics, world, sports, entertainment and lifestyle, log on to our website latestly.com).