At least 11 US State Department officials' iPhones have been hacked by Israel-based NSO Group which is the seller of infamous Pegasus spyware to the governments, the media reported. 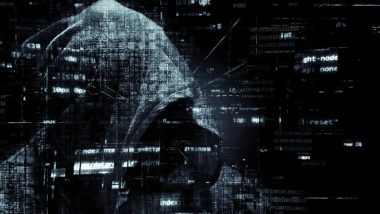 Washington, Dec 4: At least 11 US State Department officials' iPhones have been hacked by Israel-based NSO Group which is the seller of infamous Pegasus spyware to the governments, the media reported.

According to a report in The Wall Street Journal, Apple has notified 11 US State Department employees in Uganda that their iPhones were hacked.

The investigators "have linked the attack to a tool developed by NSO Group, an Israeli technology company that was blacklisted by the Biden administration, according to a person familiar with the matter," the report said late on Friday. Signal Uses iPhone SE To Hack Cellebrite’s Phone Cracking Software: Report.

The hacked phones were linked to State Department email addresses, the report added.

An NSO Group spokesperson said in media reports that the company would probe the reports.

The NSO Group has been placed by the Joe Biden administration on an export prohibition list that restricts it from obtaining some types of technology from the US.

After filing a lawsuit against the NSO Group, Apple has started sending threat notification alerts to victims of state-sponsored hackers, beginning with Thailand, El Salvador and Uganda.

The lawsuit seeks a permanent injunction to ban the Israeli company from using any Apple software, services or devices.

Apple has admitted that a small number of its users may have been targeted by a NSO Group's exploit to install Pegasus on Apple devices.

The Apple lawsuit also seeks redress for NSO Group's flagrant violations of the US federal and state law, arising out of its efforts to target and attack Apple and its users.

(The above story first appeared on LatestLY on Dec 04, 2021 12:31 PM IST. For more news and updates on politics, world, sports, entertainment and lifestyle, log on to our website latestly.com).