Beijing Bristles, Warns US Against Provocation in South China Sea 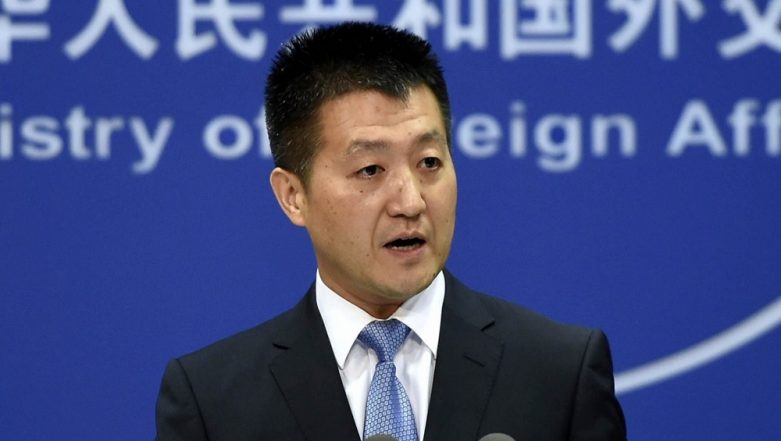 Beijing, May 20: China on Monday lacerated the US for sailing its warship in the disputed South China Sea, saying Washington was trying to disturb peace and stability in the region. The disputed South China Sea is one of the hot button issues between the US and China who are going through a very rough patch in their ties. The US sailed its destroyer 'Preble' near the Scarborough Shoal in the South China Sea, its second such operation in a month in disputed waters claimed by Beijing and other littoral states.

The latest move by the US is bound to raise tensions with China as the two countries are engaged in a bleeding trade war wherein both have slapped tariffs worth billions of dollars on each other's goods. It drew angry comments from China's foreign ministry. "I must emphasise the acts of the US ship violated China's sovereignty and disturbed the peace and security and good order of the relevant waters. China deplores and firmly opposes that," Chinese foreign ministry spokesperson Lu Kang said. China, US Bilateral Trade Declines Amid Trade War Between Two Economies.

The South China Sea is one of the world's busiest waterways. Beijing says the resource-rich region belongs to it, a claim which overlaps with those of Taiwan, the Philippines, Brunei, Malaysia, Indonesia, and Vietnam. The US accuses China of militarising the region and keeps sending its warships in the sea, describing the act as "freedom of navigation" in international waters.

China, which slams any movement of US ships in the region, warned Washington again. "China respects and upholds the freedom of navigation and overflight enjoyed by all countries in accordance with the international law in the South China Sea. But we oppose any country's attempt to take this as a pretext and undermine China's sovereignty and security interests," Lu added.