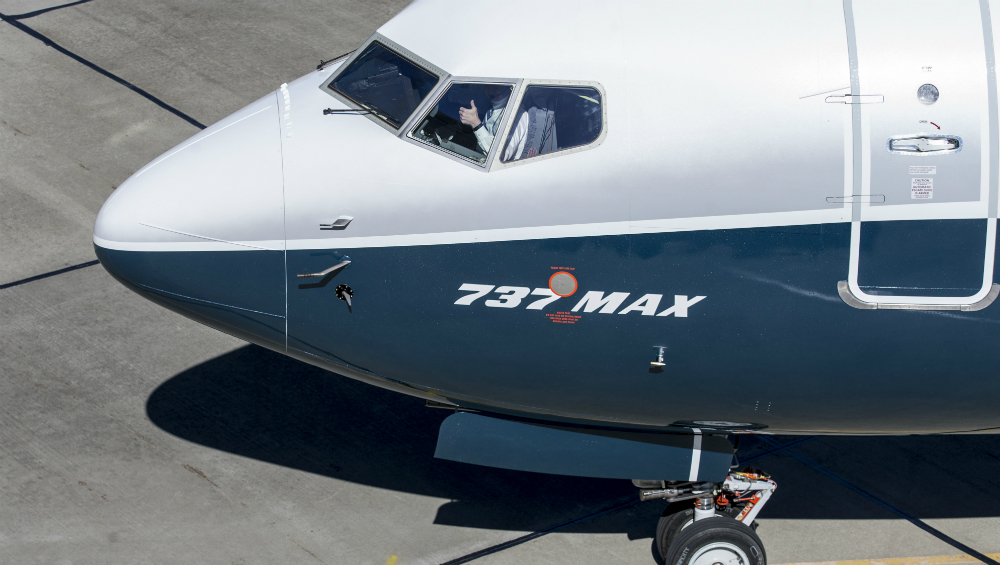 Washington, December 17: Boeing said Monday it would temporarily suspend production of its globally grounded 737 MAX jets next month as the company struggles to get the beleaguered aircraft back in the air after two crashes. However, the company said it currently has no plans to lay off or furlough workers as a result.

"We have previously stated that we would continually evaluate our production plans should the MAX grounding continue longer than we expected," the company said in a statement. Indonesia Blames Boeing 737 MAX Design for Lion Air Crash: Report.

"As a result of this ongoing evaluation, we have decided to prioritize the delivery of stored aircraft and temporarily suspend production on the 737 program beginning next month."

American regulators have said they will not be able to approve the jets' return to service before 2020.

Though the jets have been grounded worldwide since March following deadly crashes in Indonesia and Ethiopia, Boeing had continued to produce 40 of the planes per month, raising a dilemma was to where to store them.

The company said it would continue to pay its workers despite the temporary production stoppage, but the decision immediately raised questions for the future of parts suppliers which contribute to the jets' manufacture.

Boeing's travails since March have weighed on the US economy, holding down US manufacturing output and sales of durable goods while damaging the company's performance on the Dow Jones Industrial Average.

Shares in Boeing fall 4.3 percent as investors anticipated Monday's decision. They were down another 0.9 percent in after-hours trading toward 2230 GMT.