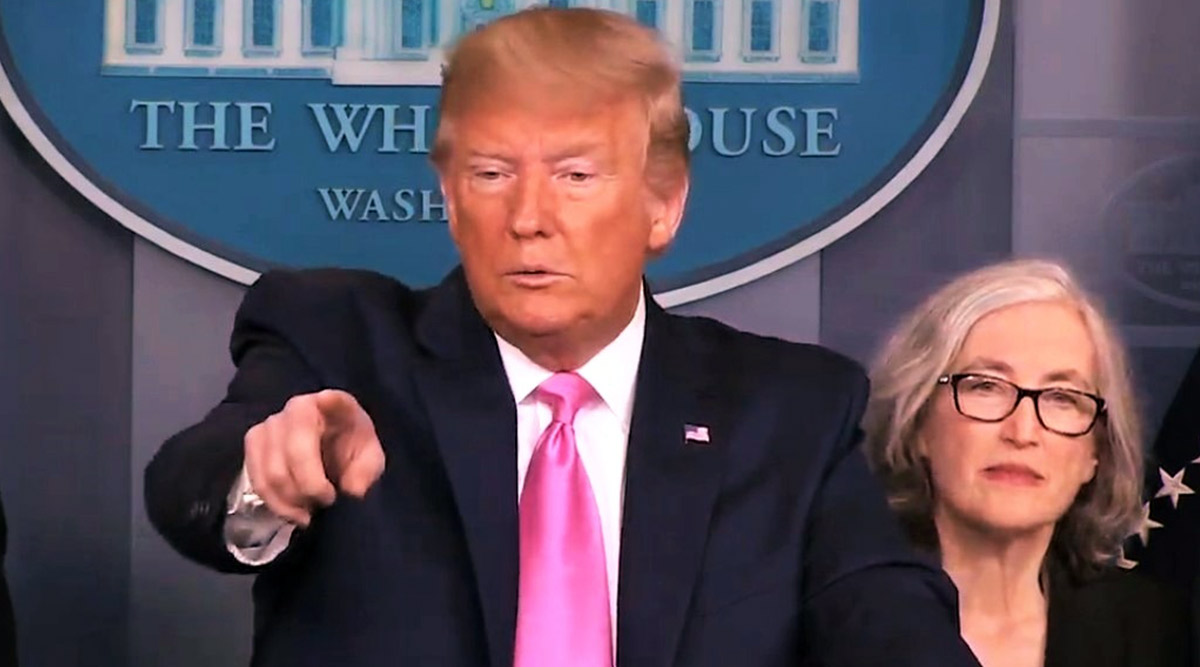 Washington, April 1: President Donald Trump warned Iran on Wednesday of a "heavy price" if it or its allies in Iraq attack US troops stationed there. "If this happens, Iran will pay a very heavy price, indeed!" Trump tweeted.

The US president also wrote: "Upon information and belief, Iran or its proxies are planning a sneak attack on U.S. troops and/or assets in Iraq." It was not clear whether Trump meant Washington actually has intelligence of such a plan. Iran Warns US After Deployment of Patriot Air Defence Missiles to Iraq.

The United States and Iran are in a tense battle for influence in Iraq, where Tehran has powerful allies, including among armed militias, and Washington has close ties to the government.

Some 7,500 foreign troops are in Iraq as part of the US-led coalition helping local troops fight jihadist groups, but those numbers are being significantly drawn down this month.

Upon information and belief, Iran or its proxies are planning a sneak attack on U.S. troops and/or assets in Iraq. If this happens, Iran will pay a very heavy price, indeed!

The alliance is temporarily bringing some trainers home as a precautionary measure against the coronavirus pandemic and is also leaving some Iraqi bases altogether.

Those bases and foreign embassies, particularly the American mission, have been targeted in more than two dozen rocket strikes since late October. The attacks, which the US has blamed on an Iran-backed armed group, have prompted fears of a proxy war on Iraqi soil.